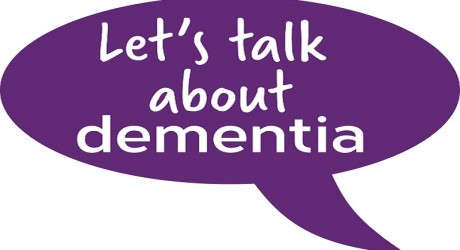 Dementia affects over 44 million people worldwide. That includes 90,000 people with the illness in Scotland, over 3,000 of which are under-65, and the tens of thousands of unpaid carers – usually partners or relations – who support them. Across the globe, someone will develop dementia every four seconds.

ALZHEIMER Scotland will be marking Dementia Awareness Week, from June 1-7 this year.

The theme is ‘Let’s talk about dementia’ and Alzheimer Scotland is asking the public to have a cuppa and a blether about dementia at one of its many events across the country.

To find out what’s happening near you, go to www.alzscot.org/DAW2015.

The charity also wants local and national decision-makers, health and social care professionals and frontline care staff to speak openly about dementia and work to overcome the discrimination, isolation and stigma that can surround it.

Alzheimer Scotland will be having tea and talk events all over Scotland: from Tea & Blether parties in our centres, to Tea in the Park in the great outdoors.

We’ll also be having a wide range of other awareness-raising and fundraising activities, including information stands in public locations, concerts, takeover days in town centres and supermarkets, plus lighting up some of Scotland’s most famous landmarks in purple – the internationally-recognised colour for Alzheimer’s disease.

So far, these include the Heavy Horse on the M8, the Glasgow Science Centre, the Emirates Arena, Harvey Nichols in Edinburgh, the Kessock Bridge in Inverness and McCaig’s Tower in Oban.

Begins a spokesperson: “The worry that someone, perhaps even you, might have dementia is one of the hardest issues any of us will have to face.

“However, having difficult conversations about dementia – with partners, with family and friends, or with medical professionals – can make a huge difference to someone’s future quality of life.

“Talking about dementia makes it more likely that someone will get a diagnosis, which can open doors to a variety of support from the NHS, social services, independent and voluntary organisations.

“This is especially relevant now as there is a guaranteed minimum of a year’s post-diagnostic support from a named link worker.”