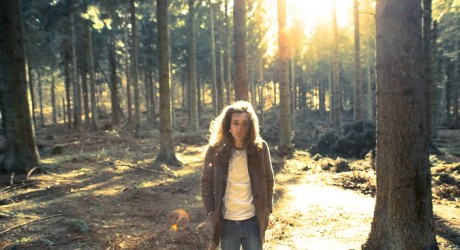 MUSIC students from Perth College UHI will be showcasing their talents in Inverness next month.

Alan Carberry from Alloa has been invited to perform as part of a University of the Highlands and Islands concert at Madhatters on Tuesday 9 June. The 21 year-old guitarist, who is in his second year of a music degree, will perform an acoustic set of original modern folk.

Alan will be joined at the gig by Flat Six, a four-piece alternative rock act who met while studying music at Perth College UHI. Craig Carrington-Porter, Martin Runcie, Conor Heafey and Alistair Gudgin have been playing together since early 2004 and are influenced by bands including The Queens of the Stone Age, The Black Keys and The Arctic Monkeys.

Speaking about his forthcoming performance, Alan Carberry, said: “I’m really excited to play; it’s a great opportunity for me to showcase new material. To play alongside other University of the Highlands and Islands students will make the event even better.”

The University of the Highlands and Islands showcase takes place at Madhatters, Inverness, from 8pm on Tuesday 9 June. It will also feature Autumn Sun and Almost Folk, student bands from North Highland College UHI.

The university is also sponsoring a stage at XpoNorth. The University of the Highlands and Islands Stage will be located at the Town House in Inverness.