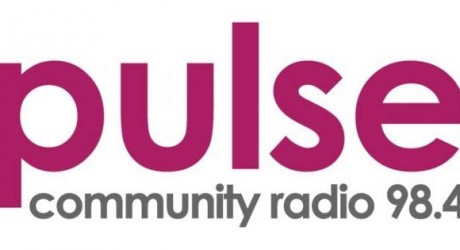 COMMUNITY radio station, Pulse 98.4, is back live on air from today, after a three-week shutdown to facilitate a move to new studios.

Pulse, which is run by volunteers and is on air 24 hours-a-day, seven-days-a-week, is now headquartered on the St Luke’s High School campus in Barrhead, Renfrewshire, not far from its previous home at Barrhead High School.

The station had faced an uncertain future after East Renfrewshire Council announced massive redevelopment plans for Barrhead High, which included the demolition of the former janitor’s house, which was home to Pulse 98.4.

But the council, long-time supporters of Pulse 98.4, which is a charitable organisation, stepped in and helped set up the move to St Luke’s, about a mile away.

The move keeps Pulse 98.4 in the heart of the community it serves and allows it to continue to work closely with – and give a valuable voice to – local organisations, as well as supporting new volunteers who wish to dip their toes in the world of radio broadcasting.

Raymond Weir, Pulse 98.4 chair, said: “Our station started out as a vehicle to showcase local talent, particularly some of the young talent that exists throughout East Renfrewshire.

“The fact that our new home is once again inside a secondary school is hugely significant for us and we look forward to establishing a great working partnership with St Luke’s.

“But wherever we are located, we will always look to promote local talent, local news and local issues. Pulse 98.4 is the beating heart of the community.”

Pulse, which is Ofcom regulated, started out as a part-time station in 2006, prior to going full-time in July 2009, and has welcomed big-name guests into its studios, including X Factor finalists, author Christopher Brookmyre and former Radio 1 DJ, Ally McCrae, as well as musicians from across the country.

The station provides an outlet for local news and also supports volunteers of all ages who wish to develop new skills and gain new experiences.

Pulse 98.4 – which has a varied output, including chat shows, a popular junior football forum, new music slots and a Polish language programme – is also on the lookout for anyone who would like to get involved.

Business development manager, Neil Wilson, said: “With our move to our new home complete, we are very much looking to strengthen the station over the rest of 2015.

“That includes continuing to work with our existing team and to hopefully welcome new faces in as well.

“There will be plenty of opportunities to get involved, so we’d encourage anyone with an interest to get in touch.

“We’re also aiming to work closely with local groups and organisations to help promote local events and news – all of which will let us better serve the listeners of East Renfrewshire and beyond.”

Live broadcasting restarted at 6.30am when Gus Michael presented his popular Breakfast Show.

He said: “We would like to thank all our listeners who are very loyal and supportive of the station. We couldn’t do it without them.”

Transmitting on the 98.4 FM frequency, Pulse broadcasts to all of South Glasgow, the city centre, East Renfrewshire, Paisley, Renfrewshire and Clydebank and online at www.pulseonair.co.uk.

It is also available online at anywhere in the world at tunein, which lets listeners access 70,000 live global radio stations, with music, sports, news, talk, and comedy streaming from every continent.

It also has more than two million on-demand programmes, from podcasts to concerts to interviews.

Two things mark out Pulse – it is professional in its approach and it has no set music policy, allowing it to give exposure to a wide range of styles and artists.