Media Release: Casting announced for Our Ladies of the Perpetual Succour 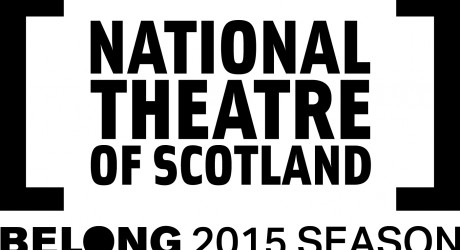 OUR LADIES OF PERPETUAL SUCCOUR

based on The Sopranos by Alan Warner, adapted by Lee Hall.

National Theatre of Scotland is thrilled to be presenting the world premiere of Our Ladies of Perpetual Succour at the Edinburgh Festival Fringe 2015, at the Traverse Theatre, in a co-production with Live Theatre.

Based on The Sopranos by cult Scottish novelist Alan Warner, and adapted for the stage by award-winning writer Lee Hall, Our Ladies… also marks Vicky Featherstone’s return to the National Theatre of Scotland.

Adapted from Alan Warner’s brilliant novel about six girls on the cusp of change. Love, lust, pregnancy and death all spiral out of control in a single day.

Warner, whose 1995 debut novel, Morvern Callar, became a literary phenomenon, continues his themes of being young, lost and out of control in this musical play about losing your virginity and finding yourself.

With a soundtrack of classical music and 70s pop rock, featuring music by Handel, Bach and ELO, Our Ladies… is an outrageous piece of new music theatre with Tony-winning Martin Lowe (Once) as music supervisor.

Vicky Featherstone returns to the National Theatre of Scotland for the first time since her appointment as artistic director at the Royal Court Theatre, to collaborate  with Lee Hall, (Shakespeare in Love, Billy Elliot and The Pitmen Painters), to create a funny, sad and raucously rude production about singing, sex and sambuca.

Alan Warner wrote The Sopranos in 1998, followed by its sequel The Stars in the Bright Sky which was long listed for the 2010 Man Booker Prize.

He has written eight novels and is best known for Movern Callar which was made into a film starring Samantha Morton in 2002.

His most recent novel is Their Lips Talk of Mischief, published by Faber in 2014.

A cast of young Scottish musical theatre actresses take on the roles of Fionnula, Kylah, Kay, Manda, Chell and Orla.

The cast features  Dawn Sievewright (Legally Blond)  and Karen Fishwick  (The Overcoat for Gecko Theatre and Caucasian Chalk Circle for The Lyceum Theatre, Edinburgh) , who return to work with the National Theatre of Scotland, having both previously appeared in the award-winning musical, The Glasgow Girls.

They are joined by Caroline Deyga who most recently appeared in Lucy Porter’s Fair Intellectual Club, Frances Mayli McCann (National Theatre’s Here Lies Love and Priscilla Queen of the Desert in the West End), Kirsty MacLaren (Piltochry Festival Theatre season)and Melissa Allan who is making her professional debut in the production.

The cast will be joined on stage by a trio of young female musicians, Amy Shackcloth, Becky Brass and Emily Linden.

Lee Hall says: “I am delighted to be working for the first time with the National Theatre of Scotland.

“This is a project I’ve wanted to bring to the stage since I first read the book 17 years ago.

“Alan Warner’s view of the world chimed so much with my own experience of growing up in Newcastle so it seemed a perfect project to work on as a co-production with Live Theatre where I have a very long association.

“I think the Scots and Geordies share a common understanding of the world.

“A robust sense of humour, an appetite for a good time and a lack of pretension about what Art should be.

“The Sopranos is filthy, manic, hilarious and heartbreaking in equal measure – all the things I think theatre should be.

“Our Ladies of Perpetual Succour is a show full of music from the most exquisite classical choral pieces to foot stomping disco classics and much else in between.

“This is a very special show and very much a labour of love for Vicky Featherstone and I who have been working on this for several years now.”

Vicky Featherstone, director, says: “I am beyond thrilled that Alan Warner has trusted Lee Hall with his game-changing novel about the Soprano’s from Oban and am honoured that Laurie Sansom has programmed this anarchic, heart-breaking and life-filled show.

“It is everything that Scotland is – fearless, hopeful, musical, angry, unique and I cannot wait to be back telling this story with the National Theatre of Scotland.”

Alan Warner says: “I am flattered that The National Theatre of Scotland and talents like Lee and Vicky are taking on these young loonies, who are dear to my heart.

Max Roberts, artistic director, Live Theatre, says: “Live Theatre has enjoyed a long and fruitful creative relationship with Lee Hall so we are delighted to collaborate with National Theatre of Scotland in this co-production of his adaptation of The Sopranos by Alan Warner.

“I’m sure our audiences will be thrilled to see Lee’s latest work and will extend a warm Tyneside welcome to the company for the play’s English Premiere.”

Live Theatre is grateful for the support of Arts Council England and Newcastle City Council and our many other friends and supporters.

Vicky Featherstone – director of Our Ladies of Perpetual Succour

Vicky is the artistic director at the Royal Court Theatre. In this role, her directing credits have included Dennis Kelly’s The Ritual Slaughter of George Mastromas, Abi Morgan’s The Mistress Contract and Molly Davies’ God Bless the Child, and Zinnie Harris’ How To Hold Your Breath.

She opened her first season at the Royal Court Theatre with Open Court – a festival of plays, ideas and events, chosen by over 140 writers.

At National Theatre of Scotland, her credits included Enquirer (co-directed with John Tiffany), Appointment With The Wicker Man and 27.

Lee Hall – adapter of Our Ladies of Perpetual Succour

Lee was born in Newcastle upon Tyne in 1966. He studied English Literature at the University of Cambridge and has worked as a writer in theatre, TV, radio and film.

He has been writer in residence at the Royal Shakespeare Company and Live Theatre, Newcastle upon Tyne.

Alan Warner – author of The Sopranos, adapted as Our Ladies of Perpetual Succour

He is the author of eight novels including Morvern Callar which was made into a film starring Samantha Morton in 2002, These Demented Lands, The Man Who Walks, The Worms Can Carry Me To Heaven, The Stars in the Bright Sky which was longlisted for the 2010 Man Booker Prize and The Deadman’s Pedal which won the 2013 James Tait

MEDIA RELEASE issued by the National Theatre of Scotland. You too can post your story ideas for journalists (aka press or media releases), on allmediascotland.com. Email here for more information.