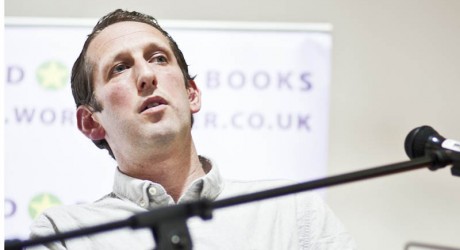 BELLA Caledonia, named one of the top ten political blogs in the UK (1), has raised more than £40,000 in the past month.

The donations total, from people supporting a more radical independent journalism, represents one of the most successful crowd-funding appeals launched by an online magazine in Scotland.

Editor, Mike Small, said: “Blaming the media isn’t constructive on its own, creating a better one is – and that’s what we’re trying to do. But while our message may be distinctive, it’s more the structure of how we operate that makes us different.

“We have our base in the idea of citizens’ media, or what some people call the Fifth Estate.

“Instead of mimicking the format of traditional media we are trying to facilitate lots of people being able to create their own content, whether that’s in written form or in video or photography.”

The site has more than 12,000 members in its Facebook group and more than 40,000 subscribers, meaning its daily reach is larger than many traditional newspapers.

Bella Caledonia has received plaudits from many high-profile commentators, with Pat Kane describing it as “an engine room of ideas”, broadcaster Andrew Marr saying that it was “brimming with creativity, political punch and argument”, and Lesley Riddoch calling it “gold dust”.

Small said the funds were a huge boost for the project and would allow more freelance writers to be employed.

The project will now have funds to support project development and develop reportage in the run-up to the Holyrood elections next May.

He added: “The new Scotland born out of the referendum has brand new institutions and networks still appearing.“Thanks to this new funding base we’ll be able to support a lot of new work and a far wider reach for our readership extending beyond the ’45’.”

2) Bella Caledonia was launched by Mike Small and Kevin Williamson in 2007. It has championed a broader more expansive sense of what ‘self determination’ could be.

Last year, it produced a compilation album, published three editions of a print offshoot, ‘Closer’, hosted a seminar with feminist activist and journalist, Caroline Criado-Perez, and executive vice-president of South African PEN, Margie Orford, on gender and media, held a national poster competition and a sell-out concert at Oran Mhor.

3) Future plans include a major alternative media festival next year in Glasgow, regular meetings for readers and writers and the development of the alternative media network encouraging networking, coordination and collaboration amongst the burgeoning new media projects.

6) We can supply photos, artwork on request.