Media Release: Waterloo through the eyes of Scots; Owen Dudley Edwards reassesses the meaning of Waterloo to Scotland 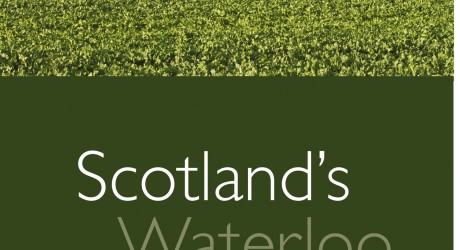 JUNE 18 2015 is the 200th anniversary of the Battle of Waterloo and, to mark the occasion, Owen Dudley Edwards has written Scotland’s Waterloo.

In the words of ABBA, ‘at Waterloo, Napoleon did surrender’. But did he?

And was the victory really England’s, or was it the combined effort of many countries?

Edwards picks apart many opinions about the battle and its aftermath.

Scots were at the vanguard of a battle which cost an estimated 50,000 lives.

Says a spokesperson: “Edwards argues that Waterloo forced attention to Scots’ political and constitutional attitudes and that here much more than elsewhere was a British consciousness.

“Tonight, he will be giving a sell-out talk at the National Library, discussing the battle and specifically the pivotal role of Scots in it.

“In addition, a book from Napoleon’s carriage, from the library archives, will be on display today and tomorrow.”

Owen Dudley Edwards, well known as an articulate and entertaining historian and commentator, is available this afternoon for quotes and interviews.