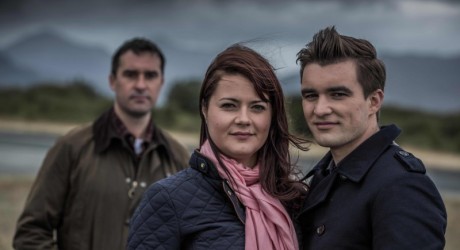 BBC ALBA, the Gaelic TV channel, now produces more than 600 hours of programmes per year for national broadcast in Scotland.

“The programmes that are being made by these companies for MG ALBA alone have led to the creation of 215 jobs. For example, MG ALBA’s contract for Bannan generated on the island of Skye alone 14 full-time equivalent jobs and £690,000 of gross value added.

“Gaelic broadcasting already makes a contribution of more than £23 million to the creative industries and so much more can be achieved for the industry in general through collaboration and co-production.

“We have invited producers to diversify their revenue streams on the back of high quality Gaelic content during the year to enhance their contribution to the creative sector. This is an important industry in Scotland and MG ALBA can – and does – have a serious part to play in helping generate future success.

“MG ALBA has grown into an experienced broadcast organisation wholly committed to playing its part in stimulating the creative sector both at home and internationally.”

In its annual report, MG ALBA stated that all elements of Gaelic media – BBC ALBA, LearnGaelic.net and FilmG – continue to perform strongly.

Ms Cunningham said: “BBC ALBA is a relatively young but highly successful channel and is accepted as part of the Scottish broadcasting landscape and we continue to invest as much as possible in home-grown programming.

“The accomplishments of BBC ALBA, FilmG and LearnGaelic.net – all of which are aided by valued partnerships with other organisations – all contribute to our ongoing success and deliver substantial benefits to those who access and enjoy them.

“We are delighted our audience figures for BBC ALBA remain strong at more than 700,000 and the channel’s reach continues to far exceed expectations. We have also seen a substantial rise in the number viewing BBC ALBA through the BBC iPlayer and are delighted that in March this year we had 20,000 unique visitors to the LearnGaelic website – more than double for the same month last year.”

A public consultation undertaken by MG ALBA revealed a desire from some of the respondents to build more on the Gaelic culture.

Ms Cunningham said:” We continue to encourage the utmost care to Gaelic content in each and every programme. We are at one with the audience on this subject and we expect to make significant progress in the year to come.”

The consultation also highlighted the need for MG ALBA and the channel to serve better the needs of younger people.

Donald Campbell, chief executive of MG ALBA, said: “We know from existing research that under 45s are currently underserved by BBC ALBA and the younger demographics watch less BBC ALBA and also, in general, watch less TV. The greater involvement of younger people both in Gaelic media and Gaelic learning will be crucially important in the years to come.

“Gaelic media and broadcasting does face challenges with issues such as the BBC Royal Charter renewal and funding. We will need to spare no effort in ensuring the integrity and success of BBC ALBA is maintained as well as developing new partnership arrangements that may improve future funding.”

“Although Gaelic is a minority language, BBC ALBA continues to reach a wide and diverse audience and there has been a very substantial increase of people viewing online via the BBC iPlayer.”

Copies of the annual report and public consultation report are available to download from the following links:-