Media Release: Mark Nelson to push the comedy boundaries of taste in Glasgow and Edinburgh 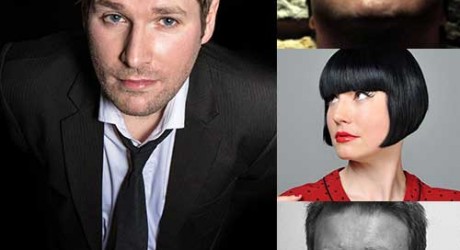 The two regular comedy nights will be hosted, this weekend, by Raymond Mearns, one of the most trusted comperes on the circuit.

Nelson, who originally hails from Dumfries, is not afraid of creating a stir. His likeable, quietly-spoken and laid-back style belies the stronger content that can push the boundaries of taste and has audiences laughing at things they know they really shouldn’t be laughing at.

Although his stand-up is certainly not for the easily-offended, the material is intelligent, well-conceived and cleverly-crafted, all supported by a very confident and perfectly-paced delivery.

Susie McCabe may be small, but she is hard to ignore. This is one little lady with a big mouth.

She is a gifted raconteur who never disappoints, so audiences should be prepared to laugh themselves silly.

Her tales of everyday life growing up in deepest, darkest Lanarkshire as a five-foot lesbian, a wasted youth – spent smoking fags, watching Glasgow football and being terrified by Crimewatch UK – can bring a tear to a glass eye.

Adelaide-born Australian comedian, Bec Hill, has been performing comedy on a full-time basis since 2013 and is one of Time Out’s five ‘funniest comedians on Twitter’.

With a refreshing blend of charm, whimsy and enthusiasm, her comedy and ‘paper-puppetry’ is highly individual and brimming with joy.

As well as stand-alone gags, the glorious low-tech animations she has created on her artists’ pads and flip charts take the elements of pop-up books to imaginative new levels.

Into her selection box of assorted talents, she can also add storytelling skills and an effective display of in-vogue physical comedy.

Larger than life and twice as much fun, Mearns is as quick with his brain as he is with his tongue. This Glaswegian is always ready to dish out a bellyful of laughs to hungry audiences everywhere.

The Gilded Balloon at The Studio at the Festival Theatre is a new comedy club for Edinburgh.

It is staged in the exciting, intimate and flexible studio space, perfectly-suited to stand-up, and features a line-up of popular Scottish, UK and international comedy talent.

Renowned for his sublime gimmick-free material and an unparalleled capacity for creating comedy from all manner of places, Mark has impressed both industry and audiences alike with numerous sold-out solo Edinburgh Fringe shows, co-hosting the BBC’s satirical Commonwealth Games comedy show, DON’T DROP THE BATON, starring in his own BBC radio comedy series, MARK NELSON’S GUIDE TO MARRIAGE, and a DVD deal with the BBC’s 2Entertain label. His caustic tweets are absolutely hilarious and he’s definitely worth a follow: @marknelsoncomic.