Media Release: ‘And that was the beginning of the end of that’ 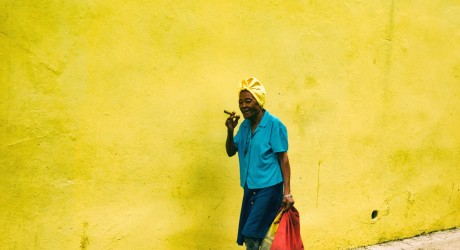 A PHOTOGRAPHIC exhibition chronicling the changing face of Cuba as captured by artist, Iain Clark, will open in Edinburgh this week.

The exhibition ‘And that was the beginning of the end of that’ follows a visit by the Glasgow-based photographic artist to the Caribbean island earlier this year.

The three-day display hosted by Lyon & Turnbull will feature 35 unseen images from the trip and runs from Friday, 31 July to Sunday, 02 August 2015.

Says a spokesperson: “With diplomatic relations restored between Cuba and the US and full embassies opened in both countries last week, the exhibition runs at a landmark moment in Cuba’s history. The collection of images gives insight into an island on the brink of real change.”

Clark said: “I had always wanted to visit Cuba and the indication that change was afoot between the US and Cuba spurred me to make the 4,500 mile journey.

“I wanted to experience Cuba as it was before the 21st century invaded. Stepping onto the plane in London, I might as well have been stepping into a time machine. Cuba feels like it’s been stuck in a time warp for the past 50 years.

“It is unlike anywhere else in the world and my images aim to capture its uniqueness. It’s a photographer’s paradise, the buildings in Havana appear to crumble before your eyes, the classic American cars on the road showcase the ‘make do and mend’ mechanics and you can’t walk far without the iconic Che Guevara looming over you.

“The Cuba which appears in this collection is disappearing day by day.

“This exhibition documents a nation that, in a few years time, will only exist in the memories of those who have immersed themselves in its culture and practices.

“This bygone way of life will be laid to rest in the pages of history books. My images aim to capture a moment in time, preserving this freeze frame of Cuba forever.”

Clark has travelled far and wide but nowhere else has lent itself so successfully to the creation of striking images.

He added: “This is a country on the verge of a major tipping point. The images are testament to this mythical Shangri-La and is a final chance to experience Cuba and Cubans as they were before it fades into the past.”

Clark’s exhibition ‘And that was the beginning of the end of that’ runs from the 31st of July to the 2nd of August at Lyon & Turnbull in Edinburgh.