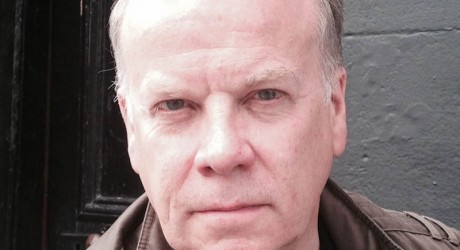 The first event, a summer party – featuring a mix of live music from Edinburgh band, The Dark Jokes, and comedy from well-known Fringe performers, Jojo Sutherland and Vladimir McTavish – will be hosted at the impressive, former BBC Scotland studios, the Jam House, Queen Street, on 26th August.

Terry, the former business editor of The Scotsman, who launched the Daily Business news website last year, said: “There are some great events planned for the next 12 months, and this first one takes place at a fantastic venue with some equally brilliant artists.

“Daily Business has become firmly established on the media scene in its first nine months and I’d like to welcome everyone to come along and celebrate a great evening of entertainment.

“I am pleased to be working with Edinburgh-based Michelle Brown PR to organise the summer party. She has an established network of key contacts and experience which dovetails perfectly with the goals that Daily Business has set.”

“I’m confident the summer party, featuring a great mix of live music and comedy in a fantastic venue, will be a huge success.”

The Dark Jokes have soared to prominence in recent times.

Their debut album, EKCO Transmissions, was released last year and they are just back from a two-week tour of Brazil.

BBC Scotland’s Vic Galloway described them as “an ambitious unit, making an honest collision of modern psychedelia, indie and prog-rock with hooks aplenty, lyrical statements and some truly epic arrangements. Their debut album, ‘EKCO Transmissions’, is an in-depth and rewarding listen from a band with a load of ideas and a real vision”.

Jojo Sutherland is a comedian, writer and broadcaster who travels the world entertaining audiences with her wonderfully distinct humour.

She founded her own theatre company and has written and performed in several plays at the Edinburgh Festival.

Her work has been commissioned by the BBC and she plays a lead role in an internet sitcom, starring alongside Tom Stade and Daniel Sloss.

Vladimir McTavish, winner of ‘Best Edinburgh Festival Show’ at the 2015 Scottish Comedy Awards for ‘Aye Right? How No?, is a regular star of the annual Best of Scottish comedy showcase at the Fringe.

He is one of the most popular of the modern-day crop of Scottish comedians. He serves up a feast of social observation and topical satire, seasoned with caustic wit. As well as his appearances around the UK he has proved a hit overseas.

Tickets are £15 and can be booked via the Daily Business website, http://dailybusinessgroup.co.uk/shop/

MEDIA RELEASE issued by Michelle Brown PR. You too can post your story ideas for journalists (aka press or media releases), on allmediascotland.com. Email here for more information.