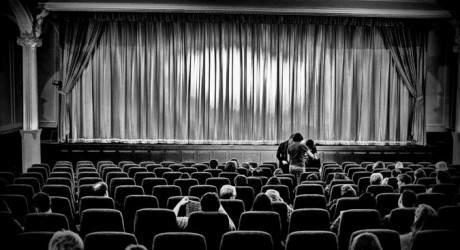 SCOTTISH charity, Health in Mind, is to benefit financially from two Edinburgh Festival Fringe productions which are both based on true-life experiences.

The productions highlight the impact of mental illness on the individual and the people around them in the play, Disorder, and of domestic violence in the dance and spoken word performance, Herstory.

Says a spokesperson: “Disorder is the first production of the amateur creative collective, Kincaid Productions and is based on the childhood experiences of one of the two authors.

“Focussing on mental health and in particular Bipolar Disorder, the play is set in both the present, where a son is visiting his mother in a psychiatric hospital and the past, where the mother and son attempt to address the differences between their perspectives.

“The play looks at the effects and impact of mental illness on the individual and the people around them and highlights the shifts of mental state caused by Bipolar Disorder.”

The spokesperson added: “Herstory is a combination of dance and spoken word and is performed by its writer Zosia Jo. It was created after women were invited to share their stories about their relationships.

“Ten of the women’s experiences, some being told to Zosia for the very first time, were woven to create a single story, which is the performance. The show deals delicately but powerfully with the issue of domestic violence and it is a love story with a painful twist that has nothing whatsoever to do with love. Herstory has been described as ‘A powerful testimony to survival and renewal’ (ThePlace.org.uk).”

Katherine Sellar, Health in Mind’s community fundraiser is delighted that both productions have pledged to raise funds for the charity and she commented: “The productions reflect in different ways, the experiences of some of the people engaged with the specialist services Health in Mind delivers.

“We believe that people should not be defined by their illness or trauma and we work with them to help them live the life they want to live and to survive and thrive.”

MEDIA RELEASE issued by Health in Mind. You too can post your story ideas for journalists (aka press or media releases), on allmediascotland.com. Email here for more information.