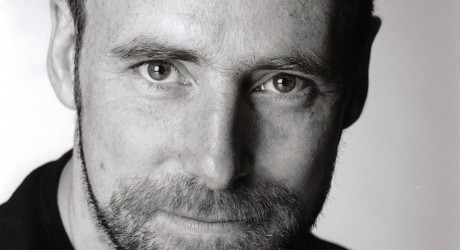 CREATIVE Scotland has today (Thursday 13 August, 2015), in partnership with the National Library of Scotland, announced the appointment of Hamish MacDonald in the role of Scots Scriever.

A first for Scotland, this role is a two-year residency based at the National Library of Scotland, supported with funding from Creative Scotland.

The purpose of the role is to produce original creative work in Scots, its variants and dialects, across any art-form, as well as raising awareness, appreciation and use of Scots across the country and amongst all parts of the population.

This is an unique type of writer residency with a high level of public engagement, a creative response to Scots collections at the National Library of Scotland, and regular ongoing output in Scots.

Hamish MacDonald writes in English and in Scots, is published in poetry and fiction and has written several plays which have toured in Scotland and abroad, two of which he adapted into radio series for the BBC.

Hamish is a founder of Dogstar Theatre Company, was the first recipient of the Robert Burns Writing Fellowship (2003-06) for Dumfries and Galloway Arts Association and has led workshops in creative writing and performance throughout Scotland and abroad, involving a diverse range of age groups and abilities.

The purpose of the Scriever residency is specifically:

The residency runs for a period of two years, based at the National Library of Scotland, with an approximate engagement of one week per month throughout that time. It is anticipated that around 50 per cent of the time will be spent producing new creative work and 50 per cent on the profile raising/public engagement aspect of the role.

Aly Barr, acting Hhead of Literature, Publishing and Languages at Creative Scotland, said: “We welcome the appointment of Hamish MacDonald as the first Scots Scriever to take up residency at the National Library of Scotland (NLS). Identified as a key requirement within the Scots Language Policy, we are particularly pleased to be working in partnership with NLS to host the new Scots Scriever role.

“We were pleased that the interview panel noted Hamish’s work with schools and young people as being energetic and creative. He offers an opportunity to re-invigorate Scots for different communities across the country. His friendly approach will ensure that Scots is embraced by whole new audiences of Scots and non Scots speakers alike.”

Dr John Scally, National Librarian at the National Library of Scotland, said: “This is an exciting role, based at the Library, to engage people of all ages in the use of Scots.

“The project will seek to link with the past but it is much more about how the language is used today. The Scots language is very much part of our cultural identity and we want to see it thrive, not just survive.”

Scots poet and novelist, Matthew Fitt, said: “Hamish MacDonald is yin o oor finest Scots writers. He has been scrievin and fechtin for the leid for a lang time and his appointment as National Scots Scriever is weel-deserved.”

Creative Scotland published its first Scots Language Policy in June 2015, in which the role of Scots Scriever was identified. The policy underlined the organisation’s commitment to supporting the language through its own work and the work that it funds across the arts, screen and creative industries.