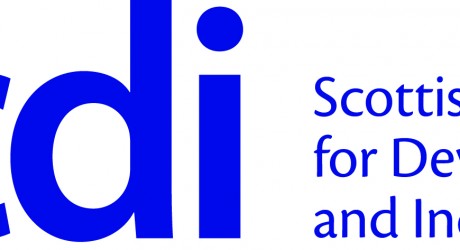 In a surprise award on the evening, SCDI chair, Brendan Dick, made the presentation – on behalf of SCDI president, Lady Susan Rice CBE – in recognition of the contribution that HIE, and its predecessor Highlands and Islands Development Board (HIDB), have made to Scotland over the past 50 years.

Says a spokesperson: “From its creation in 1965 the Highlands and Islands Development Board played a pivotal role in how the region developed, recognising that economic and community wellbeing go hand in hand.

“Over that period, we have seen the declining population of the region halted and the area move from one of high unemployment, to one that is a leading light of the Scottish economy, with Highlands and Islands Enterprise at its core.”

Presenting the President’s Award, SCDI chair, Brendan Dick, said: “Over these past 50 years, the Highlands and Islands Development Board, and subsequently Highlands and Islands Enterprise, have shown what can be achieved by an organisation focused on the economic and community needs of an area.

“We have seen over this time a region that capitalised on the energy sector, attracting investment and playing a vital role in fabricating the rigs which still stand proudly in the North Sea today.

“We have seen a region that benefited from investment which brought transport connections in the 20th century, and which is finally seeing the investment that will bring many of those vital connections up to 21st century requirements.

“We have seen a region with a proud heritage become the home to some of our country’s greatest exports, such as world-class seafood, whisky and textiles amongst others, and a place to stay for an increasing number of visitors from around the globe.

“Whilst the HIDB may have lost out in its early days in securing a new university for the region, we now have not only a University of, and for, the Highlands and Islands, but a world-leading campus as its home in Inverness, supported by HIE.

“Through continued recognition of the challenges faced across the Highlands and Islands region, through drive and determination, and through a listening ear and supportive action, HIE have been a tremendous asset for Scotland.”

Pictures of the SCDI President’s Award being presented to HIE are available on request.