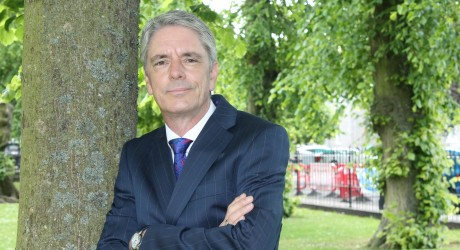 EMPLOYERS are being urged to take heed of new employment law changes following the General Election.

Empire – which has offices in Aberdeen, Glasgow and Inverness – is advising bosses to plan for new legislation including changes to zero hours contracts, holiday pay, the national minimum wage and helmet safety.

Steve Cook, CEO, Empire, said: “The election in May meant limited changes to employment legislation earlier in the year; however, post-election promises are now taking shape which might leave some employers financially exposed.”

Adds Cook: “Zero hours contracts were hotly debated during the election, and as a result from May employers are no longer allowed to include an exclusivity restriction, preventing casual staff from working for another employer, even when they are not guaranteed any work.

Mr Cook went on: “The new Labour leader, Jeremy Corbyn, has pledged to ban zero-hours contracts and impose a minimum number of hours on contracts. However, many workers enjoy the flexibility these type of contracts offer – giving employees more time with children or to care for elderly relatives. Furthermore, employers juggling peaks and troughs in demand may find it difficult to commit to paying employees at a time when their business is flat.”

From 1 July 2015, Deduction from Wages (Limitation) Regulations 2014 came into force, which limited claims for back pay of incorrectly calculated holiday pay limits claims to two years.

Mr Cook said: “Recent cases concluded that regular commission payments and allowances should be included when calculating holiday pay, and employers were concerned that they could be liable to claims dating back years. The two-year limit has now been imposed, and companies with high numbers of employees earning significant amounts of commission and bonuses may face extremely high costs.”

From 1 October 2015, the National Minimum Wage (NMW) will be increased to £6.70 per hour for an adult, with a financial penalty for employers not paying the NMW increased to up to £20,000 for each underpaid worker.

Mr Cook commented: “Furthermore, as part of the July 2015 budget, the government announced it would introduce a premium over and above the NMW for workers aged 25 and over, to be known as the National Living Wage (NLW). The NLW will be introduced in April 2016 at £7.20 for an adult.

“Increasing the National Minimum Wage and introducing the new National Living Wage will impose a heavy burden on smaller companies and those employing a large number of unskilled workers. The increased costs could result in employers discriminating against workers over 25 which though tempting but would be illegal.”

Further legislative changes are on their way, which employers need to look out for, Mr Cook added: “The Modern Slavery Act 2015 introduced in reaction to the increase in people trafficking across Europe, will require large businesses to provide transparent supply chain statements.

“Changes in safety helmet rules will also come into place in October. A health and safety exemption, designed to allow Sikhs to wear a turban in place of a safety helmet on construction sites is to be extended to all workplaces from 1 October 2015.

“The Employment Act 1989 exempts turban-wearing Sikhs from wearing head protection on building sites; however, it has now been extended to all workplaces which may have a significant impact on offshore workers.”

Mr Cook said. “Employment laws are constantly changing and businesses need to be aware of the changes that affect them to avoid getting on the wrong side of the law.

“Failure to comply with new rules can lead to penalties and potentially expensive tribunal claims.”