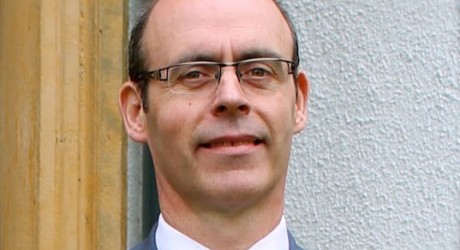 A NORTH-EAST charity is welcoming a new sign language bill, which has been passed unanimously by the Scottish Parliament.

North East Sensory Services (NESS), which has offices in Dundee, Aberdeen and Elgin, supports people who are visually and/or hearing impaired, blind and/or deaf. NESS supports people with serious sight or hearing loss to overcome practical and emotional challenges and achieve independence. The award-winning organisation has been actively campaigning on behalf of its service users for this bill to be passed.

Says a spokesperson: “The British Sign Language (BSL) (Scotland) Bill, will ensure public authorities in Scotland including the NHS, Crown Office and Court Service support BSL users and the development of the language by providing interpreters and online BSL translations.

“The Scottish Government has also committed to developing an action plan to improve access to information using BSL. The bill, which will help deaf people who use BSL as their first language now just needs royal assent before it comes law.”

“For many people who were born deaf, BSL is their first language and primary means of communication. This bill will enable deaf people to access public services including doctors and hospitals in a way that has not been possible before. In particular, I am pleased for younger people who, being given equal opportunities, will feel more included in society.

“As a Scottish charity, we are delighted that the first BSL act has been passed in Scotland. Hopefully, the rest of the UK will see the advantages of including deaf people in society and follow suit.”

NESS has won two prestigious awards in 2015, the Elevator Alick Buchanan Smith Community award and the Trend Lifestyle Award for community services. The charity has also been nominated as a finalist for the UK-wide Children & Young People Now awards, and the winners will be announced in London in November.