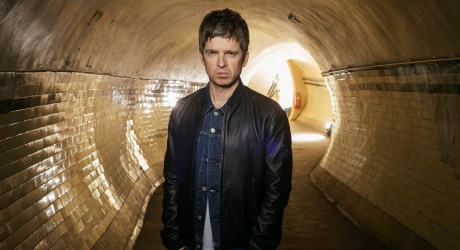 CLYDE 1 is thrilled to announce their most incredible line up yet for this year’s star-studded Clyde 1 LIVE! concert at the SSE Hydro on Tuesday, 8 December.

The spectacular Glasgow venue will play host to 12,000 musos for an evening of non-stop, live entertainment from some of Britain’s best musical talent.

Tickets for the gig are on sale now, with all information available at www.clyde1.com/live

Among the billing of top acts is the hugely popular Irish band, Kodaline who will be playing tracks from their 2015 album ‘Coming Up for Air’ as well as some of their best-known hits.

Joining Kodaline is singer-songwriter Foxes, who will wow crowds with renditions of her top 20 singles as well as sampling tracks from her forthcoming album.

Ivor Novello Songwriter of the Year (2014), Tom Odell, is returning to Clyde 1 LIVE! following his success last year and will perform chart-topping hits from his number one debut album.

Ahead of their much-anticipated comeback tour, Stereophonics will be taking to the stage to showcase tracks from their newly released album as well as some of their best loved songs.

Also confirmed are Noel Gallagher’s High Flying Birds. Noel and his band will treat concert goers to a session of tracks from their 2015 hit album, ‘Chasing Yesterday’, as well as hits from Noel’s own rich back catalogue.

The announcement of the full line up was made this morning on Glasgow and the West’s favourite breakfast show, Bowie at Breakfast.

Speaking after the news was released, Clyde 1 breakfast show host, George Bowie, said: “We are so excited to have such a superb line-up of acts for this year’s Clyde 1 LIVE!. It’s fair to say there is going to be a lot of musical talent under one roof and all on the one night.

“I can’t wait to see our Clyde 1 listeners pack out the fantastic SSE Hydro and create that world renowned Glasgow gig atmosphere.

“This year’s Clyde 1 LIVE! is the hottest ticket in town and it’s a great way to round off another fantastic year.”

Clyde 1 LIVE! is now in its fifth year. To get your hands on tickets and for more information visit www.clyde1.com/live

Bowie at Breakfast runs every weekday morning from 6am to 10am on 102.5 Clyde 1.

Keep up with all the latest competitions, gossip, music and news on Clyde 1 online, via our app and on Facebook and Twitter:

Radio Clyde is part of Bauer Media which is part of the Bauer Publishing Group following acquisition from Emap on 29 January 2008. It is home to a growing network of no.1 commercial radio stations in all major markets in the UK and the no.1 commercial broadcaster in national digital radio. Bauer Publishing Group is the largest privately owned publisher in Europe. Founded in Hamburg in 1875 by Johann Bauer and currently headed by Heinz Bauer, the group is in its fourth generation of family ownership. The group has more than 200 magazines in 14 countries worldwide, as well as TV, radio, press, printing, mobile and web interests across Europe.

The Bauer Radio total portfolio reaches 16.5m million listeners every week (31 per cent of all adults in the UK), providing great opportunities for any business to successfully advertise their campaign on radio. Our portfolios give marketers the freedom to create customised advertising packages utilising the individual portfolios, or a combination of both, depending on the objectives of the campaign. Brands seeking to engage and appeal to consumers emotionally will find value in the Bauer Passion Portfolio, which appeals on the basis of lifestyle choice. Alternatively, Bauer Place will offer brands the chance to engage personally with loyal, local communities in specific geographical locations.