Media Release: Quick Off The Mark Productions to close in February 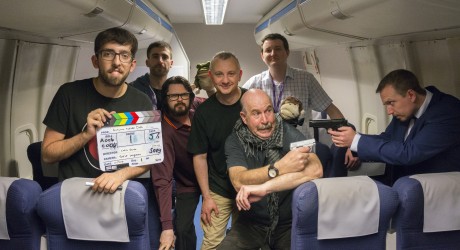 GLASGOW-based production company, Quick Off The Mark Productions, have announced they will be closing in February 2016, after six years.

The decision comes after director, Mark Ferguson, announced his intention to move to Canada early next year. Fellow director, Chris Quick, decided against seeking a new director for the company to continue, opting instead to work on a freelance basis.

The company, which launched on 9 October 2009, has been involved in various aspects of filmmaking such as live sport events, weddings, corporate videos and even released its first feature film ‘In Search of La Che’ in 2011.

It has also enjoyed success with its short films which have competed at festivals across the globe.

It was intended that the company would play a main part in its latest short film ‘Autumn Never Dies’, a sequel to its 2012 film, ‘The Greyness of Autumn’.

These duties will now be passed on to its collaborative partners, Pentagram Productions UK and Suited Caribou Media.

MEDIA RELEASE issued by Quick Off The Mark Productions. You too can post your story ideas for journalists (aka press or media releases), on allmediascotland.com. Email here for more information.