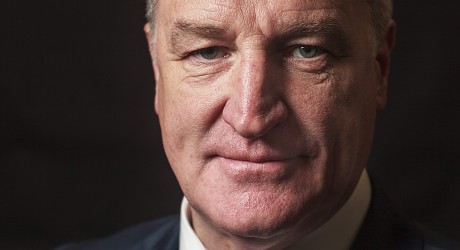 Xeretec Scotland’s central operation, which is based at Riverside Braehead in Glasgow, first opened in June 2013 and has achieved a turnover in excess of £2million in its second full year of trading, exceeding all expectations.

From having a very small presence in central Scotland, the firm has now increased its client base to more than 200 and almost trebled its headcount, with plans to create further job opportunities in the coming months.

Says a spokesperson: “The new division is part of The Xeretec Group, recognised as the largest Xerox reseller in Western Europe and the largest managed print service provider in the UK, with a combined team of 220 employees.

“The group was recently named the Xerox ‘Production Partner of the Year 2014’ and Xerox ‘Partner of The Year’ 2014, at the annual Xerox Partner ceremony in London. It was also recognised by The London Stock Exchange in its annual ‘1,000 companies to Inspire Britain’ report and listed in The Sunday Times’ BDO Profit Track 100 league table.”

Managing director of Xeretec Scotland, John Sheran, added: “When we first launched in Glasgow, we only had a relatively small number of contracts, so it’s fantastic to exceed our annual target and experience sustained growth.

“Over the last two years, we have been focusing on growing our Scottish operations, opening new offices in both Glasgow and Edinburgh, so it’s great that we are continuing to increase our client portfolio and even better, witness a surge in demand for our services.

‘We now have a strong presence across the whole of Scotland with over 90 staff and offices in Glasgow, Edinburgh, Dundee, Aberdeen, Inverness and Elgin, which helps to support our overall strategic plan to maintain our position as one of the leading production print and managed print service providers in Scotland.”