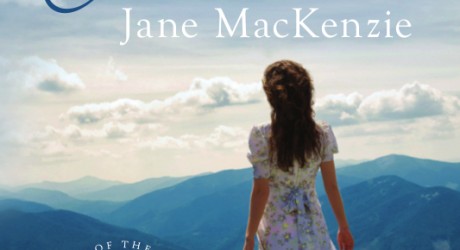 AUTHOR, Jane MacKenzie, clocked up the miles when writing her latest novel, ‘Autumn In Catalonia’, which has just been published.

It was written as the author journeyed back and forth between her home in Plockton, Ross and Cromarty and another she has had built in the equally beautiful French Catalonian village of Collioure.

But the travelling didn’t interrupt her creativity nor prevent her finishing on time the book, the second of a trilogy set in a part of Europe so close to her heart.

“I wrote it during visits to Plockton and also when I was in France but this didn’t disrupt me as I was determined to meet deadlines set for it,” said Jane.

“I love and have been intrigued by Catalonia and its history in France and Spain for as long as I can remember.

“It is a fascinating part of the world and, of course, today there is major political discussion about the future of Spanish Catalonia with comparisons to the independence debate in Scotland.

“My first book was set in French Catalonia in 1958 while the new one, ‘Autumn In Catalonia’, takes place five years later over the border in Spain.”

It is a story of three generations of women, torn apart by the Spanish Civil War, and by one determined man. It takes the arrival of an unknown cousin for them to start building bridges.

This is a story in which love wins over evil, and belief brings hope, emerging victorious into the sunshine of the Catalonian landscape.

Widowed in 2003 when her husband, Doug died very suddenly from a cerebral aneurism, Jane set out to find time to write a book as it had been playing on her mind for some time.

She started writing seriously in 2006 and her first novel, “Daughter of Catalonia” was published in 2014 and sold 29,000 copies.

Before becoming an author, Jane worked mostly in the field of education, teaching English and French and managing schools in Africa, the Arabian Gulf as well as Papua New Guinea.

She established the British Study Partnership (BSP) in 2002, an organisation that strives to give real help to international students when it comes to finding the right university or college course in the UK. She is still a director.

She has also worked at CERN in Switzerland, where the Large Hadron Collider is pushing forward the boundaries of science. She got her post as she is a fluent French speaker – mostly learned, she says, in the bars of Aix-en-Provence, where she studied for a year during a French degree course.

She is already hard at work on her third book but this time round mainly in the sunshine by the pool of her French home.

“It’s a dream existence, but I’m still focused on what I need to do,” said Jane.

“I do love writing and it’s an exciting time in the run-up to a launch with high hopes that people will want to read my story and enjoy it.”

Jane is hosting a reading and a Q&A session on Wednesday this week (October 28) at Waterstones, Eastgate Shopping Centre, Inverness at 6 pm.

• ‘Autumn In Catalonia’, by Jane MacKenzie, is published by Allison and Busby and is in the shops now.