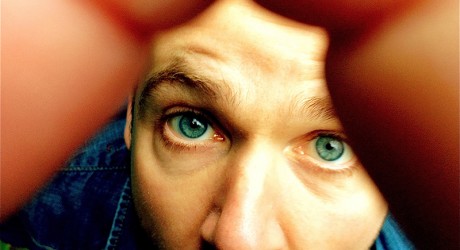 ROB Rouse, the honest, frank and seriously funny stand-up, armed with a real talent for characterisation and a thirst for life, will headline the Gilded Balloon’s Fife Comedy Circuit at the beginning of November.

Armed with his dry, sardonic humour and manic energy, Rouse will spin frank and hilarious anecdotes guaranteeing his audiences at Adam Smith, Kirkcaldy, on Tuesday 3 November, Rothes Hall, Glenrothes, on Wednesday 4 November and Carnegie Hall, Dunfermline, on Thursday 5 November 2015, a brilliant and uplifting night out.

The stellar line-up of comedians joining Rouse on the Fife Comedy Circuit includes the award-winning Lucy Beaumont whose surreal, offbeat humour and devastating timing gives her an intriguing appeal and a distinctive comic voice.

She will be joined by Hamilton-based comedian, John Gavin, who offers hilarious tales of his domestic strife with his wife and three daughters.

Compere for the evening will be Glasgow born and bred Scott Gibson, whose got oomph, energy and a rough-hewn likeability. He guides his audience through uplifting moments in his life, and then boldly slams some filth into the unsuspecting crowd’s ears to keep them on their toes.

Rob Rouse has been a mainstay of the circuit since winning the Gilded Balloon’s prestigious, ‘So You Think You’re Funny?’ competition in 1998.

He is one of comedy’s most lively, loveable and dynamic performers with an effervescent wit and a warm, engaging conversational style that relaxes and draws his audiences in.

Whilst the former geography teacher has always been known and loved for his hugely lively, loveable and energetic brand of comedy, he is also a strong comedic storyteller with a keen eye for anything around him that happens to be funny.

As a natural performer, Rob has many voices in his head and, when unleashed, his shows become more like a hysterically funny play than one man telling very funny tales.

You might know Rob from 8 Out of 10 Cats, Dave’s One Night Stand, John Bishop’s Only Joking, Live at the Comedy Store, Friday Night Project, Spoons or Celebrity Juice.

Lucy Beaumont is a hugely-talented comedy actress and writer, who has been described by some as the ‘new Victoria Wood’. As a dizzy, naive, sweet-but-bewildered girl making witty, non-judgemental observations about the strange working-class culture of her native Hull, she is a distinctive comic voice.

Although she only tried her hand at stand-up to get over audition nerves in her acting career, the former superstore meat counter assistant, took to comedy like a duck to water.

Her unique and very successful blend of surreal, offbeat humour and big belly laughs has won her The BBC New Comedy Award in 2012, the Chortle Award for Best Newcomer in 2013 and a nomination for the Foster’s Newcomer Award in 2014; for her debut Edinburgh show, We Can Twerk It Out.

John Gavin, a Hamilton father of three daughters, started off his comedy career in 2008 after his wife entered him for a stand up competition without his knowledge. A year on from this, John went on to win Scottish Comedian of the Year.

He offers hilarious tales of his domestic strife, essentially a 6ft tattooed man who has been subjected to far too much High School Musical and pink fluffy toys. He also takes tangential arcs away from home life to tackle the various wrongs that that confuse him and keep him awake at night like foxes, men’s health and washing machines.

A storyteller at heart, Scott Gibson mixes a conversational style with his own unique brand of dark humour confidently leading his audience down a path, few dare to tread. This ability to push boundaries and control any room he plays has found Scott in high demand on the UK circuit.

His natural talent has also seen him being hand picked to support some of the UK’s top comedians – Frankie Boyle, Tom Stade, Des Clarke, Gary Little, Kevin Bridges and Daniel Sloss to name a few.

Gilded Balloon Comedy at The Studio at The Festival Theatre, Edinburgh