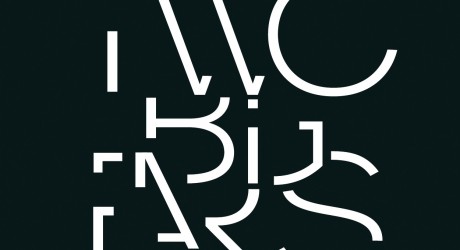 It is believed there is, currently,  no other product in the market for creating 3D spatial audio for VR cinematic experiences using the approach developed by Two Big Ears.

Begins a spokesperson: “3Dception Spatial Workstation will revolutionise the way audio is developed for 360 degree cinematic VR experiences by providing an end-to-end cinematic VR pipeline for authoring and rendering full 3D spatial audio, something that is currently very complicated to achieve.

“The product integrates seamlessly in to existing workflows and allows sound designers working on soundscapes for 360 degree videos to create truly immersive 3D audio that can be played back across a number of platforms and devices.

“The end result, when the experience is viewed on an HMD VR device, is audio that shifts and adjusts itself in real time as the viewer moves their head, mimicking what would happen in real life, complementing the visual realism and creating a richer experience for the viewer.”

As reported in The Scotsman (here) and The Herald (here), 3Dception Spatial Workstation was first used in Björk’s Stonemilker VR music video – which was previewed at MoMA, New York and Rough Trade stores in the US and UK in April 2015.

Many more developers have signed up since then and 3Dception Spatial Workstation is currently being integrated and used in premium 360 degree video content for TV shows and standalone experiences, some of which have already been previewed at events such as Comic Con and campaigns for multinational brands.

Abesh Thakur, CEO of Two Big Ears, commented: “Over 50 studios have approached us in the past three months with each one experiencing real issues in developing authentic 3D audio.

“We were already working on a solution and after setting them up with initial versions of the pipeline, we have received overwhelmingly positive feedback from each studio in relation to the amount of time the pipeline saves and the overall improvement to the immersive experience, simply by ensuring high-quality, head-tracked spatial audio is played back in sync with the videos.”

Mr Thakur continues: “We are so excited about the launch of 3Dception Spatial Workstation as there is currently no other solution available which allows sound developers to create content using the approach we have created, this is what makes the product such an unique proposition.”

The VR and AR Market

Begins a spokesperson: “The VR and AR market is innovating and growing at an unprecedented rate.

“Furthermore, VR software revenues from the sale of VR games, social experiences and movies is expected to reach $4.6bn by 2018 [source: kZero Worldwide].

“Immersive content specifically developed for the emerging virtual, augmented and mixed reality technologies has been steadily growing and its increasing use for entertainment, training and education clearly shows how it can be utilised beyond gaming.

“Huge tech giants have already jumped on board and content platforms such as YouTube and Facebook have been recently reported [here] announcing support for 360 degree videos.

“This has given enough incentive to brands, advertisers and experience creators to explore this new medium, to deliver short but intensely engaging experiences. 360 degree camera hardware companies have been hugely successful in raising investment [read more, here] and a music video filmed in 360 degree has also just won an Emmy (Taylor Swift’s ‘Blank Space’), a first for the music industry and recognition of the innovation in this area.”

The spokesperson added: “Making an audio-visual experience truly captivating is the key to creating immersion.

“In order to create this state, having innovative software products and pipelines in place, both for video and audio, is absolutely essential.

“Crafting immersive spatial audio experiences with head-tracking – which enables the soundscapes to be generated in real-time based on where the user is looking at a particular moment – is key and very complicated to achieve.

“At present, creating true 3D audio for cinematic VR experiences is extremely challenging and requires a number of different toolkits hacked to work together, which can be both complicated to master and difficult to produce uniform quality experiences.

“Good VR or 360 degree videos allow interactivity for visuals, which makes it necessary for the audio to be reactive as well. This is where 3Dception Spatial Workstation comes in.”

How does 3Dception Spatial Workstation solve this problem?

It is a single solution that augments existing workflows, allowing sound designers to author 3D spatial audio for 360 degree videos in such a way, that when the user views the content on an HMD VR device and moves their head around, the entire audio would shift and adjust itself automatically in real-time.

The spokesperson added: “For example, imagine hearing a rock band in front of you in a concert video and as you turn to face the crowd, the sound of the band goes behind your back and now you can hear the screaming crowd in front of you.

“VR puts the user in the centre of an experience as opposed to watching it happen on a screen in front of them.

“3Dception Spatial Workstation allows the audio to behave naturally as it would in real life, enhancing the immersive experience as the sound fits perfectly with what the viewer is seeing.”

The site provides more information on the technology and showcases some of the projects the product has been used in to date.

MEDIA RELEASE issued by Two Big Ears. You too can share your stories (aka press or media releases), on allmediascotland.com. Email here for more information.