Media Release: Ayrshire joiner to show off his skills in UK competition 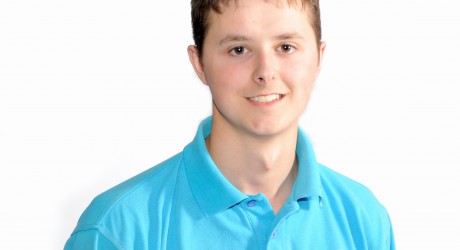 AN apprentice joiner from Ayrshire College will be in Birmingham on 19-21 November to compete in the WorldSkills UK National Finals at the 2015 Skills Show.

Stuart Queen, 21 from Galston, made it to the finals after impressing at regional heats held at the City of Glasgow College on 21 May – finishing second in the senior bench joinery discipline.

His score was high enough to take him through to the final for the second year in a row.

Says a spokesperson: “The Skills Show is the UK’s largest skills and careers event held at Birmingham’s National Exhibition Centre and attracts tens of thousands of visitors.”

Stuart will be up against 11 other joiners and he is confident he can learn from his performance in 2014 to finish in the top three this time around.

He said: “I should do alright – I know what to expect now instead of going in blind.

“It’s quite daunting, there are thousands of people walking past across the weekend. They don’t get to talk to you, but it’s still quite surreal. My family will also be watching on after they didn’t manage to come down last year.

“I felt I did well last time. You get an idea as time goes on how well you’re doing compared to the others. There’s a lot of competition – I just need to get my head down and perform as best as I can.”

This will be Stuart’s final time at the Skills Show as he will be a time served apprentice next April.

Stuart will be missing his graduation ceremony at Ayr Town Hall on 20 November as he takes part in the competition. Already a winner of sorts, he has been named the College’s Student of the Year for the Construction, Technology and Trades department after completing his PDA in Carpentry and Joinery.

He is now on the college’s HNC Construction Management course.

Graham Gilbert, Carpentry & Joinery lecturer, said: “Stuart is a leading example to his peers undertaking work over and above his required duties whilst still finding time to encourage and help others within his class group.

“He is a credit to himself and his employer for what he has already achieved during his apprenticeship.”

Stuart added: “It’s great to have won this award. I feel proud of the achievement and my employer is really pleased.

“I have always wanted to be a joiner. I always enjoyed practical subjects and knew from school that I would be best suited to a craft based job which was hands-on.”