Media Release: Knitted Knockers: made with love and filled with hope 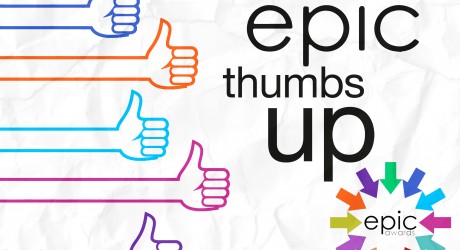 KNITTED Knockers UK, the UK-wide charity network, has been operating since January 2014 and has knitted or crocheted thousands of 100 per cent cotton breast prostheses for women that have had a mastectomy or lumpectomy giving them the confidence to wear v-necked dresses and swimming costumes again.

Ladies involved in the charity have filled 1,810 knocker requests this year with 192 requests for their new aqua knocker (water-friendly, made using soft acrylic yarn and stuffed using shower scrunchies).

All knockers are provided free of charge and with a little note that says, “Made with love and filled with hope”.

In May 2015, the group won the People’s Choice Epic Award voted for by the general public as part of the Epic Awards, a UK and Republic of Ireland award scheme which celebrates voluntary-led creative groups across the nations.

After winning the award, Knitted Knockers UK was featured on the BBC Get Creative website as well as BBC Breakfast.

Jackie Soanes, chair of Trustees, said: “This has been the answer to a prayer. It’s made our dreams come true as a charity, and has enabled so many women to hear of us and be helped.”

This exposure enabled Knitted Knockers UK to grow in strength and numbers: they have received and filled over 120 per cent more requests and new knitting volunteers keep on applying.

Avril MacRory, member of a London-based knitting group, learnt about the charity after it won the Epic Award.

She said: “The whole group is very supportive of the charity. And although we’ve all had a giggle about knitting knockers, this is a serious charity, with strict rules and very high standards, for good reason.

“Knocker knitters can’t eat or drink when they are knitting, no hand lotion, no cat or dog hairs. These are being sent to women who might be in the middle of chemotherapy and their senses are heightened so you have to be terribly careful, they don’t want to receive a knocker that smells of someone else’s perfume.

“It becomes a very personal journey. You get given the name of the lady and as you knit you have that name in your head and it doesn’t leave you.

“It becomes incredibly emotional, you never forget her. You feel bound to this person.”

Alison Goodchild is a knitted knocker recipient and, as an experienced knitter herself, she joined the group in June after seeing it featured on BBC Breakfast.

She said: “One of the after care nurses told me that she’d heard other ladies had used Knitted Knockers.

“I was quite pleased with it and I realised just how different it was to the ‘pin cushion’. The Knitted Knockers mould to your shape, it’s very soft and very comfortable.”

Since joining, Alison Goodchild has knitted 46 knockers, including her first one for herself.

Recently, groups of knitters started making mini knockers keyrings, a perfect miniature of the large ones.

The keyrings have become the charity’s biggest fundraising item with all the proceeds being invested back in materials and postage, aiming to reach more and more women in UK.

Groups looking to be considered can fill in a short form on the Epic Awards website www.epicawards.co.uk.

Deadline for voluntary-led creative groups to nominate themselves for Epic Awards is December 7, 2015. Epic Awards are run by Voluntary Arts, a charity that works to promote and increase active participation in cultural activities across the UK and Republic of Ireland.

MEDIA RELEASE issued by The Corner Shop PR. You too can post media releases (aka press releases) on allmediascotland.com. Email here for more information.

The Corner Shop PR · Charity and the voluntary sector · Scotland-wide