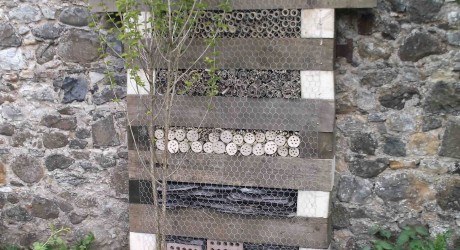 OCCUPATIONAL therapists and others working in child and adolescent mental health services (CAMHS) will be interested to hear of positive outcomes following the first pilot programme run by The Green Team this summer to enable harder-to-reach girls to connect with nature and other young people.

Funded by Volant Charitable Trust, the development programme will follow a similar structure and content to the existing Green Angels projects, designed to encourage girls to get outdoors and engage with nature through discovering and exploring wild places.

The report, which is published in its entirety on the charities website, provides an excellent knowledge share for other groups looking to assess the impact time spent outdoors has on the self-esteem of vulnerable young girls.

For this initial development project, The Green Team worked in partnership with West Lothian CAMHS, based in Livingston.

The sessions provided a series of four free Green Angel experiences to girls aged 12 – 18 who currently attend the CAMH day and out-patient services.

The girls signed up for the programme following an initial meeting with their CAMHS Occupational Therapist. They were experiencing a range of mental health issues including depression, anxiety and anorexia.

Several young women who had been referred also had an additional diagnosis of Autistic Spectrum Disorder (ASD). Self Esteem Questionnaires were used at the start and end of the programme to provide a base line and measure changes in self-esteem as a result of their time outdoors.

In addition to the opportunity to explore new places and learn new skills in a safe and structured programme, the girls had the focus of working towards achieving the Discovery Section of the John Muir Award.

As the programme progressed, some girls from the mainstream Green Angels programme joined the pilot group to increase social interaction.

As attendance levels rose from 33 per cent on the first session to 100 per cent on the final day, it was clear that these gatherings had produced other positive behaviours and experiences in addition to increased motivation levels:

* the amount of team work increased;

* the girls became more confident around each other and the group leaders;

* they met female Rangers who provided them with positive role models for career options; and

* there was a feeling of real satisfaction as members of the public complemented the group on the construction of their insect habitat.

The John Muir Award also provided a great framework for celebrating their successes and achievements.

Importantly, on reflection, two girls on the programme now felt better about themselves than they did at the start of the project.

For such a short pilot programme this was very positive indeed. To date, one girl has signed up for three future projects of the Green Angels mainstream programme.

Midlothian Occupational Therapists are very interested in piloting a group in their area next summer and West Lothian would be keen to repeat the group locally next year.

A full report, reflections and recommendations from this initial pilot programme can be downloaded from The Green Team website at http://greenteam.org.uk/links/evidence-evaluations/.

If you are working with a group of hard to reach girls and would like to be involved in one of our development programmes, please contact Mandy Craig at The Green Team on 0131 337 7227.

The Green Team is an environmental organisation based in Edinburgh, which receives its core funding from Scottish Natural Heritage. The charity work with young people to restore and conserve wild places as an important part of learning about the natural heritage of Scotland.

Young people carry out projects centred around a conservation task, and time is also spent exploring the countryside and taking part in environmental activities such as art, games and crafts.

Since 1995, over 4,000 young people have worked with the Green Team improving their local area, learning about the countryside and achieving a range of awards such as the John Muir Award and Duke of Edinburgh Award.

In 2014, The Green Team were worthy winners of the RSPB Nature of Scotland Awards Youth and Education Category.

MEDIA RELEASE issued by Green Team. You too can post media releases (aka press releases) on allmediascotland.com. Email here for more information.