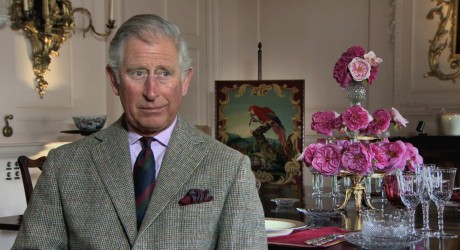 A NEW BBC ALBA series is to take an in-depth look at the workings of four of Scotland’s most recognisable country estates.

Great Estates, which starts on the channel this week, views the estates through the eyes of the current owners, the ghillies, the gardeners and the housekeepers, not forgetting the paying guests who frequent these great estates.

The series documents the inner workings of an estate and the complexities of managing its operation at a time when the future of Scotland’s estates are in focus.

The four-part series starts with a look at Dumfries House, with its magnificent furnishings set in 2000 acres of land.  Built in the 1750s by the 5th Earl of Dumfries, and with a unique collection of Chippendale Furniture, the house has been described as an 18th century time capsule having remained unchanged for over 250 years.

In June 2007, HRH The Prince of Wales headed a consortium of charities and heritage bodies to purchase this unique property. This is the story of one of the most famous royals in the world and his efforts to keep this historical jewel intact and accessible to the public.

In programme two, we visit Inveraray Castle which is the home of Torquhil Campbell, the 13th Duke of Argyll and his family. The 18th-century neo-Gothic vision complete with conical towers sits on the shore of Loch Fyne, Scotland’s longest sea loch.

The castle has boasted an illustrious catalogue of guests down the years, including Mary Queen of Scots, Queen Victoria and American musical impresarios’ Lerner and Loewe who wrote My Fair Lady on the grand piano in the drawing room.

Follow the Duke and Duchess as they go about their daily business running the ‘Real Downton Abbey’.

Kincardine Castle has played host to many famous people through the years, as we learn in programme three. The Queen’s neighbours, Andrew Bradford and his wife Nicola, live in this 75-room Highland castle.

Andrew looks after the grounds and Nicola runs the Kincardine Kitchen making and selling shortbreads, chutneys and preserves.

Nicola is also an accomplished concert pianist who teaches the estate children to play piano.

She plays the organ in the local church where Andrew, who is the local minister, takes the sermon. We will spend time with the couple as they organise dinners for Russian Oligarchs, arrange fishing and shooting and follow them when they visit the local Highland Games.

In the final programme we visit Rosslyn Estate, the home of Rosslyn Chapel, location for Ron Howard’s blockbuster, The Di Vinci Code.

Art historian and owner of the chapel Lady Helen Rosslyn will be our guide as we examine the legends that surround this small chapel on the outskirts of Edinburgh.

Many believe Rosslyn to be the home of the Holy Grail, the skull of John the Baptist or that it’s is the final resting place of Mary Magdalene, and some say it’s the resting place for the Knights Templar.

In the company of Lady Helen and some of the world’s foremost Rosslyn experts we dig deep into the legends, seeking answers and making wonderful and breathtaking discoveries.

Great Estates is a four part series originally made by B4 Films and produced in Gaelic by MacTV for BBC ALBA.

The programmes will be broadcast on the BBC ALBA on consecutive weeks from Thursday 7 January at 10.30 until 11.25pm.

Each programme will be repeated on the channel (Sundays at 11.00pm), with all programmes also available on BBC iPlayer for 30 days following first transmission.