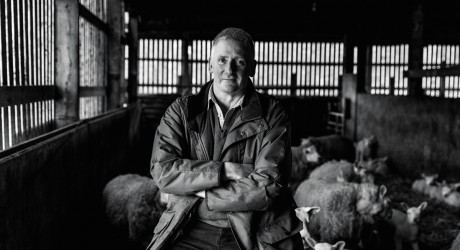 A PROGRESSIVE Hebridean distillery is challenging convention by releasing single malts that are presented more like fine wines than traditional Scotch whiskies.

They are described in terms that resonate with the great French chateaux rather than familiar whisky industry icons such as stags heads or tartan.

Begins a spokesperson: “Like fine wines, these whiskies are firmly grounded in a sense of place, and employ the French term ‘terroir’ to stress the importance of people, provenance and the traceability of raw materials.

“Bruichladdich Distillery on the island of Islay have been laying down spirit in accordance with these principles ever since the crumbling Victorian buildings were resurrected from semi-dereliction nearly 15 years ago, but the extended timescales involved in the whisky business mean that, only recently, has a coherent pattern started to emerge as their early work reaches maturity in the distillery warehouses ranged along the western shore of Islay’s Loch Indaal.”

The distillery claims that each new vintage demonstrates how an annual change in the Islay climate combined with the provenance and variety of the barley is all of fundamental importance to the eventual character of the spirit.

This is a pioneering approach for a single malt whisky distillery to take – and again is akin to producers of fine wine, for whom terroir, grape variety and vintage have always been paramount.

This 2009 Islay Barley distillation from the 2008 harvest was grown on four farms in the centre of the island.

Planting the varieties ‘Publican’ and ‘Oxbridge’, farmers Hunter Jackson at Cruach, Gilbie McCormick at Claggan, Ian McKerrell of Island and Alastair Torrance from Mulindry had very different soil types and conditions to deal with compared to those faced by Mark and Rohaise French at Rockside out on the western seaboard.

Mark and Rohaise had sown ‘Optic’ barley into their ‘Ministers’s Field’ in 2006 which resulted in the grain for the 2007 distillation.

In 2006, spirit was distilled from grain grown at Kynagarry on Dunlossit Estate while the first Islay Barley vintage of all was from grain grown courtesy of the late Richard Macaire at Kentraw Farm in 2004. This is complex, thought-provoking stuff.

The spokesperson added: “In the world of wine, terroir is revered for the subtle nuances of traceable character, flavour, lineage and integrity it bestows.

“However, the effect of terroir on barley has never before been systematically explored in single malt whiskies.

“Scotch brands have always presented themselves as static entities that never change. By embracing terroir and rejecting the industrial processes of chill filtration and artificial colouring that enable such homogenisation, Bruichladdich are championing the idea that, as with wine, each new vintage or different variety of barley or place of origin will produce something that is unique and can never be repeated.”

MEDIA RELEASE issued by Bruichladdich. You too can post media releases on allmediascotland.com. Email here for more information.