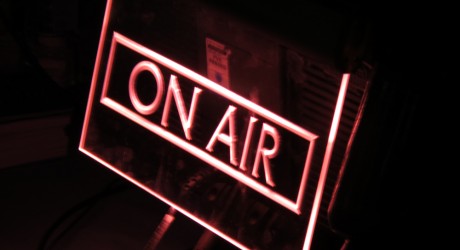 CELTIC Music Radio is all set to deliver a festival of music during Celtic Connections, which gets under way in Glasgow this week (Thursday, January 14).

The community radio station, which broadcasts to Glasgow on 95FM, will be on air live from the city’s Royal Concert Hall every day of Celtic Connections, apart from weekends, with the first show going out on Friday morning (Jan 15).

“We’re pleased and proud that Celtic Music Radio will once again be at the heart of Celtic Connections with our own festival of music,” said Ross Macfadyen, a director of the station, which is operated by run by 30 music-loving volunteers and currently boasts 72,000 listeners a month in the Glasgow area and in 175 countries worldwide online.

“In total, we will be broadcasting live from the Buchanan Suite in the Concert Hall, featuring live performances, plenty of chat and interviews plus anything else cropping up that takes our fancy.”

The station, which has covered Celtic Connections since 2006, prides itself on its mission to support new musical talent as well as a strong voice for contemporary and traditional Scottish music, arts and culture.

Donald Shaw, artistic director of Celtic Connections, said: “Celtic Music Radio’s shows from the festival are a fantastic way for music lovers to enjoy even more performances from the brilliant array of musicians that join us each year.

“Their passion for Celtic music echoes our own and their continuing support for Celtic Connections is very much valued.”

For the fifth year in a row, Glasgow Caledonian University (GCU) will be a vital part of the station’s programming by providing an outside broadcast unit for the live performances, operated by Honours’ degree students

And for the first time, GCU is hosting a series of lunchtime concerts featuring some of the best musical talent from colleges and universities across Scotland live on Celtic Music Radio.

Patrick Quinn, senior lecturer in Audio Technology at GCU, said: “Collaborating at Celtic Connections with Celtic Music Radio gives our audio students a unique opportunity to work on live radio with a worldwide audience. It also further develops our strong links with local and national broadcasters.”

Celtic Connections on Campus runs from January 19 to 22, starting at 12:30 and is free to attend – details are on www.celticconnections.com

Listeners in the Glasgow area will be able to catch all the action on 95FM while those everywhere else can hear what’s going on via the station’s web link: www.celticmusicradio.net

MEDIA RELEASE issued by Mike Ritchie Media. You too can post media releases on allmediascotland.com. Email here for more information.