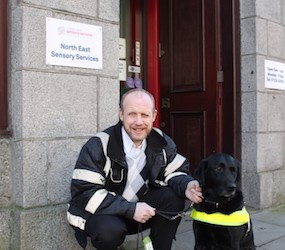 TWO fund-raising concerts are being held in Inverurie this week to help local people who have been affected by recent floods.

Flood-Aid North East, which was established by a group of local volunteers in conjunction with local charity Inverurie Events, is organising two musical events to raise money for flood victims in Inverurie and Port Elphinstone.

Local residents were badly affected by the recent flood, with many people being evacuated from their houses by helicopter and fire brigade officers as their homes and possessions became immersed in waist-high water.

On Thursday (23 January) at 7pm, a musical event will take place at the Acorn Centre, Inverurie, featuring Flood-Aid co-ordinator Ruby Mackay’s Chalmers Mackay Music School, the Rhonda Scott School of Music, and a special appearance from the Spectrum Choir from Kemnay. The evening is a variety concert with pianists, fiddlers, singers, an acoustic traditional band, a piper and a young chanter player.

Tickets are free can be collected at Strachans of Inverurie, Morgan’s Music, and Chalmers Mackay music school.

On Saturday (25 January) at 7.30pm, a further event will take place at the Garioch Sports Centre, compered by Inverurie resident and Scotland’s only blind comedian, Neil Skene. The evening, which will include a licensed bar, will showcase some of the best local musicians and feature pipers, rock and blues and a disco until 1am. Tickets can be collected at the Garioch Sports Centre.

Both events are by ticket entry only, but audience members will be ask to make a donation to the Flood-Aid fund.

Compere, Neil Skene, said: “The flooding has been terrible for residents and businesses in Inverurie and Port Elphinstone. People have lost their homes, their possessions as well as items of sentimental value but that irreplaceable. We are extremely grateful to the Acorn Centre and the Garioch Sports Centre, for their support in putting these events together.”

He added: “We are hoping to raise vital funds for our neighbours and look forward to bringing the community together to have some fun.”