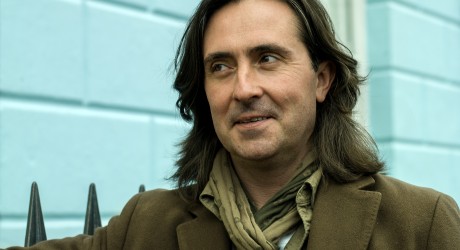 Oliver, widely known as the presenter of the BBC television series Coast and A History of Scotland, starts his new fortnightly column on the eve of Burns night with a look at how Scotland’s best-known poet would have fared on social media.

Oliver, who lives in Stirling with his wife and three children, is the latest signing to boost Scottish commentary in the title which has recorded a year-on-year sales uplift of 5.5 per cent in the latest ABCs and established a record lead over other titles in the quality market.

It follows the recent signing of the Scottish National Party’s former strategic communications director, Kevin Pringle, who has brought a wealth of experience and insight to the paper after years advising former Scottish First Minister, Alex Salmond, and his successor, Nicola Sturgeon.

“I’m thrilled to welcome Neil to the team as another powerful Scottish voice. Not only is he one of the country’s best-known sons with a massive following but he writes with great elegance, insight and passion.”

“I am delighted and excited to be joining the cast of The Sunday Times. There are so many writers here that I both admire and enjoy, and the chance to be among them has made for a very inspiring start to 2016.”

Over the past year, The Sunday Times Scotland has also enhanced its Scottish business and sport coverage, helping bolster its position as the biggest-selling and most widely read quality newspaper in Scotland.

This week’s ABCs have underlined its position as the number one quality on a Sunday, with December sales of 44,847 – up 5.5 per cent on last year .

The most recent National Readership Survey showed readership of The Sunday Times in Scotland up nine per cent, year-on-year, making it the most-read Sunday quality title – reaching 124,000 adults.

MEDIA RELEASE issued by News UK. You too can post media releases on allmediascotland.com. Email here for more information.