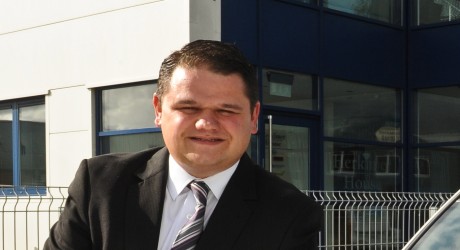 A LEADING Scottish organics recycling company has made a key appointment to strengthen its services at its office in Linlithgow.

Keenan Recycling, which is headquartered in New Deer, has appointed Malcolm Coppins as the company’s central Scotland food waste collections manager to oversee collections of organic waste from businesses in Glasgow and Edinburgh.

The recycling company, which transforms in excess of 60,000 tonnes of food and garden waste into compost for farming and horticultural use, has invested £700,000 in a new fleet of six lorries to meet the demands of the new service in the Central Belt.

Mr Coppins has held a number of key management and operational roles at leading names in the industry.

He will use his experience to oversee the operation of the new base as the specialist firm works to help companies meet targets set out in The Waste (Scotland) Regulations.

Says a spokesperson: “The new rules, which came into force at the start of January, dictate that any business producing more than just 5kgs of food waste per week must comply and have it recycled.”

Mr Coppins said: “Managing the daily operations of Keenan Recycling’s newest base is a great challenge, and I am enjoying my role. I look forward to the growth of the company in the Central Belt as new rules and regulations are implemented.”

Business development manager at Keenan Recycling, Claire Keenan, said: “The next set of Waste (Scotland) Regulations came into force at the start of the year meaning that it is now compulsory for all companies producing a small amount of food waste to recycle it, and Malcolm’s role is vital to oversee the smooth running of operations in Glasgow and Edinburgh.

“Malcolm has vast experience in the sector and his appointment is key to the company as our client base continues to grow across Scotland.”

Keenan Recycling launched its commercial food waste collection scheme in 2010 to help businesses divert food waste away from landfill, and operates a fleet of eleven specialist food waste lorries. Each bespoke low emission vehicle enables the company to collect an additional 2000 tonnes of waste per year.

Since the introduction of the Waste (Scotland) Regulations in January 2014, Keenan Recycling has seen its client list triple from 600 to 2,000 and is now processes more than 60,000 tonnes of waste at its award-winning site.