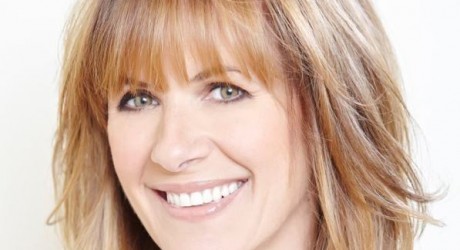 THE SIE Student Enterprise Summit returns to the Assembly Rooms in Edinburgh on 23 March 2016 with an excellent line-up of speakers, including TV presenter, Carol Smillie, who will be speaking to students about her own entrepreneurial venture, DiaryDoll.

SIE is the national organisation for promoting and supporting enterprise and entrepreneurship in Scotland’s universities and colleges.

Every year, it runs a busy programme of national competitions, enterprise workshops and events, supporting many students to start their own businesses, and many more to develop enterprise skills that will enhance their career prospects.

The annual SIE summit has been a fixture in the student entrepreneurial calendar since 2004, and provides an opportunity for hundreds of students from across Scotland to be inspired by established entrepreneurs, and the fantastic enterprise support community that exists for them in Scotland.

An employability panel will share their insights into the attributes employers are looking for in new graduates and the value of gaining enterprise skills, and a fantastic exhibition space will showcase early stage entrepreneurs and organisations within the Scotland CANDO support network.

In 2016, she will be sharing the stage with Andrew Dobbie (MadeBrave), Justene Ewing (The Digital Health & Care Institute), Becky Woodhouse (PURE Spa and Beauty) and Christopher McCann (Snap40).

The summit is also an opportunity to celebrate the finalists of SIE’s Fresh Ideas and New Ventures student enterprise competitions, which this year received a record number of entries.

The winners of both competitions will be announced on stage and receive their prizes, including a top prize for New Ventures of £10,000 from Bank of Scotland.

Speaking about the summit, Fiona Godsman, CEO of the Scottish Institute for Enterprise, said: “We’re very excited to have Carol on board this year and she joins an excellent lineup of speakers.

“Our summit is designed for students ranging from those who have a business idea they want to pursue, to those who might just want to find out more about what they can do to enhance their careers. We’ve packed a lot into one day, so attendees can have their questions answered and leave full of inspiration, ready to take the next steps!”

The Scottish Institute for Enterprise is the national organisation for the promotion and support of enterprise and entrepreneurship in Scotland’s students. SIE works with Universities and Colleges to champion enterprise education and help their students start new innovative businesses. SIE provides free one-to-one advice, enterprise workshops and business competitions supported by a national team of student interns and business advisors. SIE’s services are open to all students and graduates in Scotland, up to two years after graduation. SIE is supported by the Scottish Funding Council and Scottish Enterprise and is part of the Scotland CAN DO framework.

In the last academic year over 6,000 students took part in enterprise workshops run by SIE in Scotland’s colleges and universities.

For more information about SIE, go to: www.sie.ac.uk

The student enterprise summit is SIE’s flagship event and since 2004 has been a fixture on the entrepreneurial events calendar in Scotland. Previous speakers have included: The 2016 speakers include: Carol Smillie (DiaryDoll) with Andrew Dobbie (MadeBrave), Justene Ewing (The Digital Health & Care Institute), Becky Woodhouse (PURE Spa and Beauty) and Christopher McCann (Snap40).

Presenter, author and entrepreneur, Carol Smillie is one of TV’s best known faces. From her early career on Wheel of Fortune to the award-winning Changing Rooms. In 2012 Carol teamed up with former British no. 1 tennis champion Annabel Croft to launch DiaryDoll, a new innovative product for women. DiaryDoll is now carried in four major High Street retailers and has customers in 14 countries.

If someone told you to start a company when you had a two-week old baby and £1000 in the bank you’d think they were crazy (or brave); but that’s exactly what MadeBrave director Andrew Dobbie did three years ago. Three years and 24 full-time staff later and he’s done just that.

Attracting clients such as Brewdog, IBM, Scottish Canals, Scottish Renewables, Airspace and more, MadeBrave has certainly made an entrance in the Scottish creative scene.

The DHI is one of a family of innovation centres in Scotland which aims to utilise Scotland’s universities, infrastructures, human resources and research excellence capability to create an exciting platform for collaborations across Scotland. Since joining the DHI in 2013, Justene has quickly established the DHI as a leading organisation in the emerging digital health and care economy in the UK, highlighting the importance technology has in learning, public service delivery and in growing the Scottish economy.

Christopher McCann is the Founder and CEO of snap40, a medical technology start-up based in Edinburgh. snap40’s mission is to change patient care from reactive to pro-active. Christopher founded snap40 in July 2014 as a medical student, after witnessing patients deteriorate because the warning signs were recognised late. Christopher left medical school in May 2015 to focus full-time on snap40. snap40 won the Young Innovators Challenge in 2014 and SIE’s New Ventures Competition in 2015. It has now grown to a team of six and will enter trials in early 2016.

After graduating with a degree in Chemical Engineering and later qualifying as a chartered account, Becky recognised a gap in the market for professionals starved for some quality ‘me-time’.

Founded in 2002, PURE Spa & Beauty now offers escapes in six convenient locations across Edinburgh, Glasgow and Aberdeen in stand-alone spas, shopping centres, retail stores and hotels. The brand has won several awards, including UK Day Spa of the Year 2013 and Employer of the Year 2015.

MEDIA RELEASE issued by SIE. You too can post media releases on allmediascotland.com. Email here for more information.