Media Release: Hunt on for name for possible sports newspaper 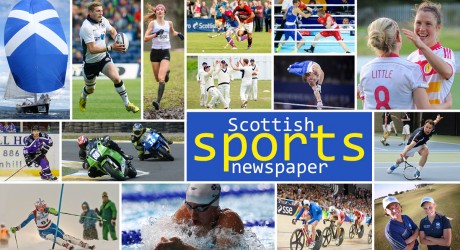 THE hugely popular BBC Radio Scotland show, Off the Ball, earlier today issued a call for a name for a proposed new Scottish sports newspaper.

Hosts, Stuart Cosgrove and Tam Cowan, spontaneously invited readers to come up with a name, following discussing the proposal – on air this lunchtime – with freelance journalist and media consultant, Paul Kiddie.

The newspaper is aiming to give all sports in Scotland as equal an opportunity as possible to be showcased, the determining factor being the strength of their stories, as opposed to any preference in favour of particular sports and clubs.

But it is still at the proposal stage, requiring pledges on a crowdfunding site, before a single, pilot, proof-of-concept issue can be produced, to demonstrate the title’s ambitions.

With just over two weeks remaining, the clock is ticking on whether the project will make its target, to cover set-up costs.

Were the target to be met, the next would be to encourage people to subscribe to a weekly title.

The plan is a printed title – popping through people’s letterboxes – backed with a strong online presence.

The project has a heavy involvement from the media website, allmediascotland.com.

Says allmediascotland’s Mike Wilson: “The invitation to come up with a name produced lots of supportive texts from listeners and good ideas. I particularly liked the suggestion: L’Equipey-uppy.

“Paul performed really well on the show and was kind enough to recognise the driving force behind the project being allmediascotland.com.

“But the simple truth is also that, if we don’t hit the target, then a possibly new, fresh way of covering and analysing sport in Scotland will be lost.”