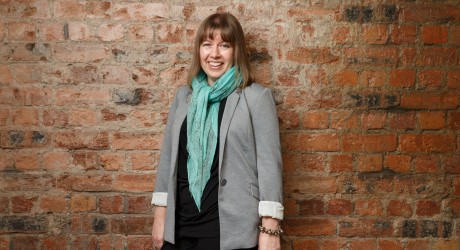 Jacky is currently creative learning manager for Aberdeen City Council’s Creative Learning Team. She will take up her new role in April 2016.

Jacky brings extensive youth theatre experience to the role having previously been artistic director at Burnley Youth Theatre in Lancashire. During her eight-year tenure there, she grew the organisation to one with a national reputation for high quality work with, by and for young people.

Commenting on the appointment, SYT vice-chair, Janette Harkess, said: “I’m delighted to welcome Jacky to the Scottish Youth Theatre team at such an important and exciting stage in our development.

“The performing arts have such an important role to play in enriching the lives of young people and in helping them explore their potential. Scottish Youth Theatre has a key role to play in further developing vibrancy and relevance of the nation’s youth arts and I’m sure Jacky will bring a fresh focus and energy to our ambitious plans for the future.”

Jacky Hardacre said: “When I first visited SYT, I felt like I’d come home. I believe, of all art forms, theatre offers the greatest range of pathways, life skills and experiences for young people to shape the adults they will become.

“It is a real privilege to have the opportunity to continue my work at a national level with an organisation that has such a long and significant history. I’m looking forward to working with the team to realise our ambitious and challenging plans for the future – particularly in the run-up to the 2018 Year of Young People.”

Welcoming the appointment, Mary McCluskey, SYT’s artistic director, said: “It’s great news for the company that we will have someone with Jacky’s breadth of experience in youth theatre and creative learning at the helm.

“We’re all looking forward to welcoming her and working with her when she takes up her position in April.”

During her time at Burnley Youth Theatre Jacky’s achievements included the successful completion of a purpose-built facility for the young people of East Lancashire.

While growing her skills as a leader and manager of the organisation, Jacky broadened her artistic repertoire, directing a wide range of projects and productions with all age groups and abilities.

Jacky moved to Scotland in 2008 to take up the role of cultural coordinator for Museums, Galleries and Heritage with Aberdeen City Council. In 2012, she progressed to the role of creative learning manager to manage a period of significant change for three of the Council’s creative teams.

She also contributed to national priorities as a member of the board of the National Association of Youth Theatres including three years as co-chair.

Through NAYT’s Inspire programme, Jacky has mentored a number of youth theatres across England in areas as diverse as business planning, organisational development, fundraising and working with volunteers.

Jacky who has degrees in Drama, English and Heritage Studies from the University of Manchester has always focused on using the arts to create opportunities for individuals to thrive and youth theatre has always been at the heart of this. In 2012, she progressed to the role of creative learning manager at Aberdeen City Council to manage a period of significant change for three of the Council’s creative teams.

MEDIA RELEASE issued by Scottish Youth Theatre. You too can post media releases (aka press releases) on allmediascotland.com. Email here for more information.