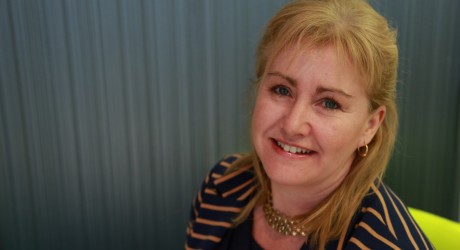 THE gender pay gap is firmly on the news agenda.

International Woman’s Day (8 March) offers employers the opportunity to reflect on the contribution of women to their workforce. It will also be an opportunity for equal rights activists to challenge those businesses who continue with the illegal practice of gender pay discrimination.

Stephanie Harper, senior HR projects manager at employment lawyers, Law At Work, suggests that organisations should stay ahead of the curve and make use of a pay audit to do more than just identify any discrepancies.

She said: “Equal pay audits really help employers identify more than just pay differential. They provide a risk map; help with employee trust within an organisation, highlight and feed into other people strategies such as talent and reward management and support existing polices such as equality and diversity. Therefore, all ultimately helping the organisation achieve the business results.”

Adds Stephanie: “Despite equal pay being in force for more than 40 years, and being part of the Equality Act 2010, a 2015 ONS report found that there is an average 19.2 per cent pay gap.

“Action is, however, now being taken to address this issue. The Government has been undertaking a consultation on draft regulations which will see organisations employing more than 250 staff being required to publish details on their gender pay gap – the difference between the average earnings of men and women.

“Although public bodies with more than 250 employees are already required to monitor and publish information on the gender pay gap, the new regulations will apply to all employers with at least 250 employees and for some this will start as early as next month.

Stephanie continues: “Under the current system, the Equality Act 2010 gives the right for men and women to be paid the same, for ‘like’ work where that is deemed of equal value in terms of effort, skill or decision making. Where men and women are paid different rates in these circumstances, the employer must prove that there is a reason for it which is not gender-related.

“In the case where an employee doesn’t feel like they can get information from their employer as to why there is discrimination, their next step is an Employment Tribunal; even up to six months after leaving the company.

“This leaves the company in a position where they will have to provide a material factor defence; for instance, past performance, length of service or geographical differences, such as London weighting, and even these are challengeable.”

When deciding whether to invest in an equal pay audit, Stephanie suggests organisations should be on the lookout for a number of things.

Equal pay audits will help businesses identify if they will need to revise pay structures. There are many reasons that a business may now suspect that there may be unfairness in pay. Stephanie believes that there are some sectors that might be more prone to this.

Stephanie states: “Some companies may be aware of a gender bias, especially at the senior level where long serving males’ differential pay can no longer be justified. We are finding this to be the case amongst businesses that have grown over the years.

“This is particularly relevant in family-owned businesses, be that drinks manufacture, car dealerships or even funeral directors. Manufacturing companies that have historical payments that are no longer relevant or justifiable might also have a problem with legacy gender pay gaps.

“Surprisingly, Third Sector organisations that may have evolved or changed management structures and are having to meet funding cuts might also be susceptible to a gender pay gap.

“Also, in the retail and leisure sector, where the National Living Wage will come in on 1 April 2016 and have a huge impact, a key challenge will be keeping employees motivated in instances where workers and supervisors are on same or similar rates of pay.”

Although equal pay audits are more likely be undertaken by the type of organisations that wish to ‘live’ their values of fairness, it makes complete business sense for every type of business to buy into them ahead of the proposed regulations.

However, Stephanie suggests that it is these audits that are going to narrow gender pay gap, not necessarily the threat of the new legislation.