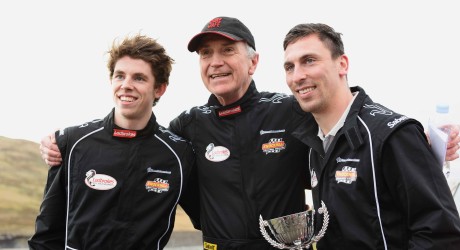 KNOCKHILL Racing Circuit, Scotland’s National Motor Sport Centre, hosted round two of the Ladbrokes ‘Football Star in a Rally Car’ yesterday and it was the turn of Scotland and Celtic’s Scott Brown, and rising Celtic star, Ryan Christie.

Says a spokesperson for Knockhill: “We probably the biggest media turn-out in years here – with Sky Sports, BBC and STV and 20 photographers – as it was the first chance for the media to speak to the Celtic captain since Celtic drew Rangers in the Scottish Cup semi-finala.

“Both did really well – particularly, Scott, who drove sensationally, recording a time only two seconds slower than chief rally instructor, Bob Watson, with a time of one minute 11.2 seconds.”

MEDIA RELEASE issued by Knockhill. You too can post media releases (aka press releases) on allmediascotland.com. Email here for more information.