Media Release: Partner behind BBC ALBA listed as one of the best places to work in television 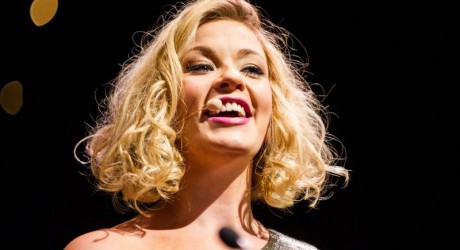 ONE of the partners behind BBC ALBA has been ranked as one of television’s best places to work alongside eminent industry names such as Bloomberg, Hat Trick Productions and Talkback.

MG ALBA, the Gaelic media service – which operates BBC ALBA in partnership with the BBC – has been recognised (here) by sector journal, Broadcast, for industry-leading culture – alongside 16 other UK-based corporations in ‘The Best Place to Work in TV 2016’ league.

Begins a spokesperson: “The shortlist is compiled through independent research carried out by the magazine, with executive management and staff members at companies across Britain asked to give their views about their own organisation and its culture which is then rated against a series of established benchmarks.

“As the only Scottish-based company to feature in the league, being ranked seventh ahead of Bloomberg in eight, MG ALBA was also noted to have the highest average number of training development hours per year – 97 – of any company that made the final selection.”

Donald Campbell, chief executive of MG ALBA, said: “It is a great accolade for MG ALBA to be recognised at one of the best places to work in television in the UK.

“As the only Scottish representative in the shortlist – and with the majority of staff based on the Isle of Lewis – we are very different from the rest of the companies that are listed by Broadcast magazine.

“Yet, that difference we believe is one of our strengths and the community ethos we have in Stornoway is fostered across the organisation as part of our culture.

“We are delighted that our commitment to developing the potential of staff members through our training programmes, has been recognised and this augments our wider work with the next generation of creative talent through many of our initiatives such as FilmG as well as industry placements.

“BBC ALBA acts as the public face of much of the work MG ALBA carries out but it is a credit to everyone within the organisation that they each contribute so much to a positive atmosphere that makes our jobs so enjoyable during that process.”

Fiona MacKenzie, of MG ALBA, who first started working in the reception and who is now the face of BBC ALBA, said: “MG ALBA is definitely a brilliant place to work with a good mix of people and talents and we are all encouraged and supported to think about how we can progress within the organisation.

“In my time with MG ALBA I have moved from an admin role to fronting various BBC ALBA programmes such as coverage of major Scottish music festival Belladrum Tartan Heart Festival, the motoring show ‘Air an Rathad’ and having a recurring role in comedies ‘Dà Là san Dàmhair’ and ‘Gaol @ Gael’.

“There has always been great support from colleagues and management which has allowed me to do these things and I’m grateful for each of these opportunities.”

Added the spokesperson: “The Best Places to Work in TV research found that of those companies making the shortlist, 95 per cent of respondents believed their company was a ‘fun’ place to work, with 91 per cent of employees questioned said they ‘look forward’ to going to work.

“The 17 companies making the grade varied in size from 19 staff to 97 and include 13 independents, two facilities companies and two specialist broadcasters.

“This industry-focused award is another to add to MG ALBA’s accolades having recently been recognised as an Investor in Young People, being the first Gaelic organisation in Scotland to have achieved silver status and one of only nine organisations from throughout Scotland to have been accredited at this level.”

More information on Broadcast’s ‘The Best Places to Work in TV’ can be found at    http://www.broadcastbestplacestoworkintv.co.uk/index.php?option=com_frontpage&Itemid=1