Media Release: Local salon is a cut above, in industry competition 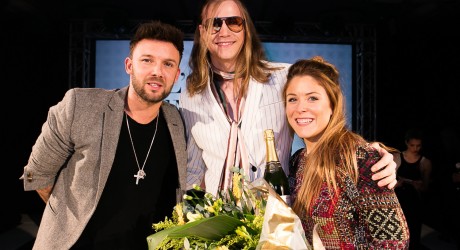 AN Aberdeen hair salon is celebrating after winning one of only two coveted places in the Scottish finals of a prestigious industry competition.

Linton & Mac, which is based in Aberdeen’s Netherkirkgate, fought off strong competition in the L’Oréal Colour Trophy Awards 2016, held at The Hilton Hotel in Glasgow recently.

Led by Jennifer Linton, the L&M team impressed a panel of high-profile award winning judges with their Autumn/Winter 2016/17 fashion-inspired look.

The team will now have the chance to compete at the L’Oréal Colour Trophy Grand Final event, which takes place at the Intercontinental at the O2 in London, and could see them winning the overall title of L’Oréal Men’s Image Award 2016.

Across three weeks in April, the L’Oréal Colour Trophy regional heats have hit nine regions rubbing shoulders with some of the industry’s talented salons. Now, after 1,000 initial entries and 540 regional finalists later, Linton & Mac is one of just 18 nationwide salons who will now compete to win the top title.

On Monday 13 June, the team will have to complete one final challenge to win the prestigious award as they compete against the winners from the other regions in the men’s category. The grand final show will feature spectacular hair shows by some of the industry’s most illustrious names in hairdressing.

The overall winners from the competition will be awarded a once-in-a-lifetime prize package which includes a three-day European trip with a photo shoot to showcase their winning look and a fashion shoot with a leading consumer glossy magazine.