Media Release: What do women want from the Scottish Parliament? Women for Independence release outcome of Listening Exercise 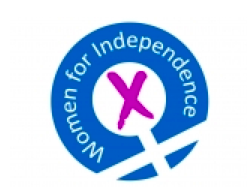 WOMEN for Independence (WFI) has today published the results of its national Listening Exercise, carried out in the run up to the forthcoming Scottish Parliament elections.

Hundreds of women from cities, towns and villages across Scotland took part. The full report of the Listening Exercise has been published on WFI’s website; http://www.womenforindependence.org/listexercise

Among the key points emerging were ideas about how paid work should be more flexible to enable people to also care for children, ageing relatives and others, work which falls disproportionately on women.

Those taking part in the Listening Exercise also emphasised the need for the Scottish Parliament to have more powers, to enable it to reform Social Security and get rid of Trident.

While most women supported radical reform of land ownership in Scotland, it was clear that this issue is not just about who owns land or how it is taxed, but also about how it is used, with women keen to see land being made available for local communities to grow their own food, to tackle poverty, hunger and health issues.

WFI supports a national food strategy, which aims to look at all aspects of food production and distribution in Scotland.

There was also widespread opposition to fracking, seen by many women as a ‘red-line’ issue in terms of how they will vote in the election.

Other key calls include:

* National leadership, including legislation where required, to reduce the obstacles that prevent people from volunteering in their local communities;

* A longer-term, non-partisan vision for ending poverty in Scotland, which will build healthy communities and reduce the educational attainment gap. We need a strategy that all parties can commit to beyond the parliamentary election cycle;

* An education system that meets the needs of all children and young people, of all talents and abilities;

* The female prison population in Scotland should be reduced to 100 via diversion from prosecution and rehabilitative approaches;

* Legal representation should be available to every victim in trials where the defendant seeks to have their medical records or other confidential evidence in relation to their private and family lives entered into evidence;

* Workers who have caring responsibilities – disproportionately women – must be given rights to new and flexible ways of working;

* Improve the quality and widen the scope of Equality Impact Assessments for legislative and delivery changes in the public services;

* A more progressive approach to reproductive rights; and

* The Scottish Parliament should be a world leader in promoting equality for women generally, in every sphere of life.

Women for Independence was initially formed as a vehicle for women’s voices to be heard and organised in the run-up to the Scottish independence referendum. After the referendum, WFI constituted itself as a membership organisation and elected a National Committee to lead its campaigning and develop its organisation. It now has five times more supporters on its mailing list than it did in September 2014.

MEDIA RELEASE issued by Tartan Cat Communications. You too can share your stories (aka press or media releases), on allmediascotland.com. Email here for more information.