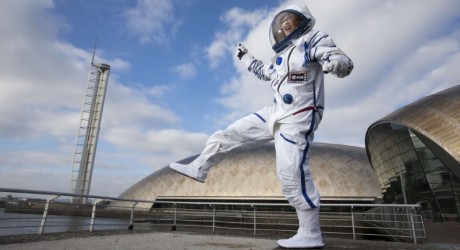 GLASGOW Science Centre, one of the UK’s foremost scientific institutions and visitor attractions, has appointed Scotland’s largest PR and digital marketing agency, The BIG Partnership, to assist its communications efforts for the coming year.

BIG will work closely with the Science Centre’s in-house marketing team to promote the benefits of science to a range of audiences, including young people, parents, educators and business.

Glasgow-based BIG has been appointed following a period of successful project work during 2015, including the re-launch of the Planetarium and the opening of the energy focused Powering the Future exhibition.

Led by account director, Kelly Paterson, BIG’s team will position Glasgow Science Centre as an education institution that promotes the importance of science in everyday life.

It will also highlight to business and public sector organisations the Centre’s unique ability to engage young people, parents and the wider public on key scientific issues, such as careers in science, skills gaps or energy consumption.

Neil Gibson, founding director at BIG, said: “We’re incredibly pleased to be appointed as Glasgow Science Centre’s retained PR advisers, after having worked closely with its marketing team on a number of projects last year.

“It is an exciting time for science right now and Glasgow Science Centre has an important role to play in engaging the public on science topics through its work with policy makers, schools, the media, and public and private sector organisations.

“We’re very much looking forward to working with the Science Centre team to help cement its position as one of the UK’s leading and most influential scientific institutions.”

Dr. Stephen Breslin, chief executive of Glasgow Science Centre, added: “BIG was able to work closely with our marketing team in communicating our messages to a range of different audiences last year.

“They managed a range of situations from issues and stakeholder management to media relations and digital marketing. They’ve been able to find new and creative ways to help illustrate what the Centre is doing and we look forward to working with them going forward.”

This year the Glasgow Science Centre attracted 319,823 visitors from around the world.