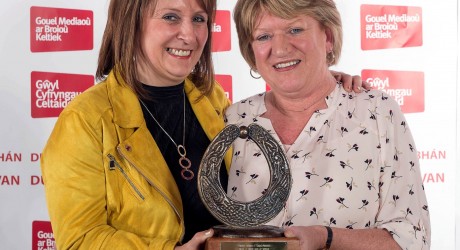 BBC Radio nan Gàidheal has been celebrating a double success after winning two awards at the Celtic Media Festival 2016 which was held in Dungarvan near Waterford and which came to a close last weekend.

Marion Mackinnon, managing editor for BBC Radio nan Gàidheal, said: “Winning these two awards is a real thrill, recognising as it does, the creativity and commitment of the presenters and the production teams as well as the very special connection they have with the audience.”

This year’s festival saw over 500 entries from throughout the different Celtic nations while the 2017 Celtic Media Festival will be staged for the first time ever in its history on the Isle of Man.