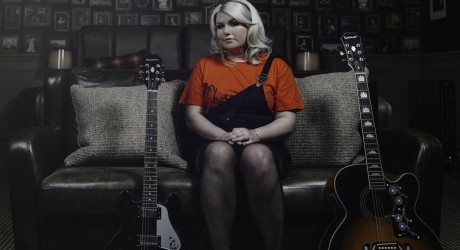 A number of student bands and artists have been invited to perform as part of a University of the Highlands and Islands concert at Madhatters on Tuesday 7 June.

The Purple Felts, a six-piece made up of students from Perth and Dundee, will represent Perth College UHI at the event.

Formed in 2014, the band will deliver a set of original funk and high-energy ska. They will be joined by Courtney Elena, a singer/ songwriter from Dundee, who is also studying at the college.

West Highland College UHI band, Savannah, will travel from Fort William to take part in the showcase. The four-piece will deliver a set of original soft rock songs and covers.

Wing It, a band from North Highland College UHI’s Alness campus, will add some modern trad to the bill. The band will play original songs and instrumental pieces in an alternative rock style with jazz elements and a Scottish twist.

They will be joined by the Dead Zebras. The Alness-based five-piece, which formed in 2015, will deliver a set of original rock songs and covers.

Speaking about her forthcoming performance, Courtney Elena said: “I’m very excited to be playing at this event as it’s a great opportunity for me to spread the word about my up and coming release later this year. It also gives me the chance to show everyone a sneak peak of my new material during my acoustic set.

“It’s a great platform for this stage in my career and a brilliant opportunity to make new contacts in the music industry.”

Iona Matheson, of Wing It, added: “We are incredibly excited and honoured to be able to play XpoNorth. It’s a very reputable event so it’s a fantastic opportunity for us and one that we have been rehearsing hard for all year. It’ll be a great start to our summer, we can’t wait!”

The University of the Highlands and Islands showcase takes place at Madhatters, Inverness, from 8pm on Tuesday 7 June.

The university is also sponsoring two stages at this year’s XpoNorth. The Pentahotel stage will showcase live music from a range of Highlands and Islands and Central belt bands on Wednesday 8 and Thursday 9 June, while the OneTouch stage will provide talks on a wide range of topics relevant to all creative genres, including intellectual property and making records.