Media Release: The 2016 Made in Scotland programme is unveiled today, showcasing the wealth of world-class performance 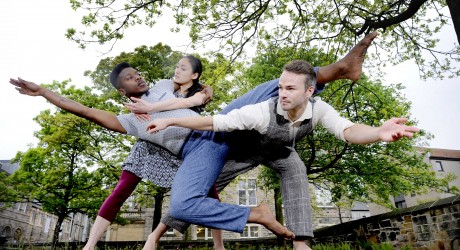 FIONA Hyslop, Cabinet Secretary for Culture, Tourism and External Affairs, has announced the companies and artists selected for the 8th year of Made in Scotland – a curated showcase of music, theatre and dance performed during the Edinburgh Festival Fringe, the world’s biggest arts festival.

Made in Scotland is a partnership between the Edinburgh Festival Fringe Society, Creative Scotland, the Federation of Scottish Theatre and the Scottish Music Centre.

Through the Scottish Government’s Expo Fund, Made in Scotland has received £590,000 to present the showcase with part of the funding designed to enable Scottish companies, ensembles and artists to take up onward international touring opportunities from contacts made during the Festival Fringe.

Since its inception in 2009, Made in Scotland has funded 159 companies, ensembles and artists to showcase their work. The onward touring fund has enabled 57 productions to tour across five continents, visiting over 20 countries. Made in Scotland productions have picked up over 60 awards.

Playwrights’ Studio Scotland returns with TalkFest 2016 to explore what stimulates the artists behind this year’s Made in Scotland showcase and the wider Edinburgh Festivals and Fringe.

Fiona Hyslop, Cabinet Secretary for Culture, Tourism and External Affairs said: “Over the past eight years, the Made in Scotland 2016 programme has built a strong track record of showcasing high quality productions which push boundaries, flare imagination and examine the intricacies of real life.

“The opportunity that the showcase offers is invaluable and continues to create international opportunities for Scottish performers and companies.”

She added: “The Scottish Government is proud to support Made in Scotland via the Expo Fund to bring this innovative piece of work to life and to continue raising Scotland’s cultural profile on the international stage.”

Shona McCarthy, chief executive, Edinburgh Festival Fringe Society, said: “Made in Scotland highlights the work of many talented artists and companies in Scotland today and presenting their work at the 2016 Edinburgh Festival Fringe in the fields of music, dance and theatre; it opens up an array of opportunities both during the Fringe, when thousands of industry professionals and media are in town, and after by way of the onward touring fund.

“The Fringe is an extraordinary international stage, and for me, as the new chief executive of the Fringe Society, it is fantastic that such a platform exists through partnership with Creative Scotland, the Federation of Scottish Theatre and the Scottish Music Centre and support from the Scottish Government’s Expo Fund.”

Laura Mackenzie-Stuart, head of theatre, Creative Scotland, said: “The Made in Scotland showcase puts talented artists from Scotland at the heart of the world’s largest art festival, the fringe.

“It’s an excellent platform to promote Scottish artists to international promoters and to audiences from Edinburgh, Scotland, UK and the world. Scotland has a wealth of talented artists working across music, theatre and dance and this year’s line-up is set to take full advantage of the Made in Scotland opportunity.”

“This Scottish Government-funded project gives Scottish artists and companies a great opportunity to present their work to national and international promoters who come to the Edinburgh Festival Fringe.

“This is the eighth year of the Showcase and it is fantastic to see that so many of the previous Made in Scotland artists are still touring the world as a result of making connections with promoters and programmers through the Made in Scotland showcase.”

“The showcases represent a wide range of music genres, from traditional and acoustic, via fusions of klezmer and gypsy, to electronica and multimedia presentations. We look forward to these artists joining the raft of previous participants who have been enabled to tour their work internationally as a result of Made in Scotland showcasing.”

Richard Medrington, artistic director, Puppet State Theatre, added: “As a result of appearing in the very first Made in Scotland showcase in 2009 with The Man Who Planted Trees, Puppet State’s international touring has included two tours to Australia and New Zealand.

“In 2013, we took part in the Sydney Opera House’s first live stream of a performance to multiple remote audiences, some over 700 miles away. I am looking forward to performing our new show, Leaf by Niggle, in this year’s Made in Scotland showcase and seeing where this unique opportunity will lead us.”

For details of the full 2016 Made in Scotland programme visit: www.madeinscotlandshowcase.com.

MEDIA RELEASE issued by Wendy Niblock. You too can share your stories (aka press or media releases), on allmediascotland.com. Email here for more information.