Media Release: Statement on behalf of Scottish Bakers, in reaction to the EU Referendum result 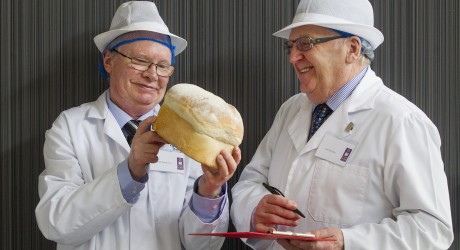 SAYS Alan Clarke, chief executive of Scottish Bakers: “We certainly live in interesting times. In our 125th anniversary year, the UK has voted to leave the European Union, by a majority of 52 per cent to 48 per cent, with 72 per cent of the U.K population taking the time to vote.

“In response, Prime Minister, David Cameron, is standing down and Scotland’s First Minister has said a second independence referendum was ‘highly likely’.

“Regardless of our personal opinions, there is now much work to be done to ensure that the voice of the bakery sector is heard and listened to by government.

“Scottish Bakers are committed to working with our key private and public sector partners to influence the development and implementation of the food and drink strategy for Scotland and ensuring that issues directly affecting bakers are raised at the highest level in Scotland.

“As always, the devil is in the detail and today’s run on the pound and the resignation of the Prime Minister – together with calls for a second independence referendum in Scotland and a United Ireland referendum – highlights the importance and the enormity of the task ahead.”

If any baker has any concerns or issues they would like to raise, please do not hesitate to contact us at any time.