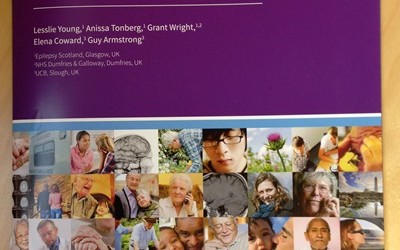 EPILEPSY Scotland has made the shortlist for this year’s Charity Times Awards.

The leading epilepsy organisation is a finalist in the Cross-sector Partnership of the Year category for its unique collaborative project to improve health care for 1,500 people living with this condition in NHS Dumfries and Galloway.

The novel partnership has also benefited the skills of local health professionals in managing and treating epilepsy.

Epilepsy Scotland’s chief executive, Lesslie Young, said: “We are absolutely delighted to be shortlisted for a Charity Times Cross-sector Partnership of the Year Award.

“The aim was to help achieve a better quality of care for adults with epilepsy, as well as support for their families and caregivers.

“The project was the first of its kind and used a specially built model to enable benchmarking, introduce improvement measures and gather feedback to maximise the benefits of introducing the ESN post.”

Award winners will be announced at the Charity Times Awards Gala Dinner & Ceremony on 28 September 2016 at the Park Plaza Westminster Bridge, London.

1. Epilepsy Scotland works with people affected by epilepsy to ensure that their voice is heard. We campaign for improved healthcare, better information provision and an end to stigma. This common serious neurological condition affects one in 97 people.  We represent the 55,000 people with epilepsy, their families and carers. Our freephone Helpline (0808 800 2200) offers support and information. People can email (enquiries@epilepsyscotland.org.uk), text 07786 209501, find us on facebook, use twitter @epilepsy_scot or visit: www.epilepsyscotland.org.uk

2. The Charity Times Awards celebrate best practice in the UK charity and not-for-profit sector. Now in their 17th year, the awards are run by Charity Times Magazine, the leading title for UK non-profit professionals. The awards are free to enter and open to any UK-based registered charity, or international charity with registered UK offices. The award winners will be announced at the Charity Times Awards Gala Dinner & Ceremony on 28 September 2016 at the Park Plaza Westminster Bridge, London. The event was attended by over six hundred guests in 2015 and this year is set to be bigger and better than ever: www.charitytimes.com/awards @CharityTAwards #CharityTimesAwards

3. Services for people with epilepsy in Dumfries and Galloway were virtually non-existent six years ago. Epilepsy Scotland was invited by the health board to help but there was no funding available to finance an ESN post. Instead, the charity created a novel business model where Epilepsy Scotland’s own ESN was seconded to audit patient care and to train and equip health professionals using this truly original partnership of public, private and third sector organisations. This creative business model was developed from scratch. It has proved to be effective and a model which brings unlimited benefits because it will work regardless of geography or health condition. Findings from a report on this project were presented to MSPs at a reception in the Scottish Parliament on 9 March 2016: http://www.allmediascotland.com/media-releases/116091/media-release-epilepsy-services-model-for-dumfries-and-galloway-could-become-a-blueprint-for-the-rest-of-scotland/