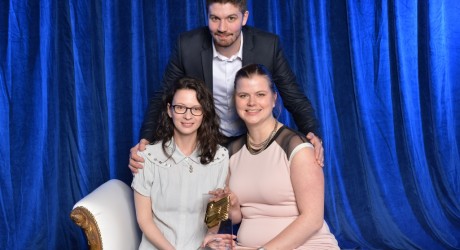 The awards recognise the best in student television from across the United Kingdom and Republic of Ireland.

Entries are accepted from any students attending higher education institutions at both undergraduate and postgraduate level.

In addition, to reward excellence in craft skills, undergraduate and postgraduate awards will be presented for camerawork, editing, production design and sound.

Entries will not be accepted for these categories but will be awarded at the judges’ discretion.

This year also sees the introduction of the Judges’ Award, which will be judged nationally from among the category winners in both undergraduate and postgraduate awards as the ‘best of the best’.

Phil Edgar-Jones, director of Sky Arts, has been appointed chair of the RTS Student Television Awards 2017.

He says: “I’m delighted to take on the role of chair of the RTS Student Television Awards 2017.

“It is right that we celebrate and,more importantly, champion, the work of the industry’s talented next generation.

“This year the award judges want to see work that showcases outstanding visual and aural creativity, a mastery of craft skills, innovation, initiative and story-telling.

“In particular, they will look for freshness, originality and audience appeal.”

All entries must be submitted via the RTS Online Entry System by Friday 30 September 2016.

The awards will be presented on Friday 16 June 2017 to reward outstanding work produced during the 2015/2016 academic year.

Undergraduate entries will first be judged at a regional level by their local RTS Centre in winter 2016. The winning films from each RTS Centre Student Awards will then be judged nationally in April 2017.

For each award category, two awards will be presented:

Factual entertainment programmes including reality shows and popular factual programmes, e.g. Gogglebox, The Only Way Is Essex or First Dates.

This award is for films that include drama and other scripted work. Comedy dramas should be entered in comedy and entertainment.

This award is for films that cover university news or news from the wider community, demonstrating an understanding of television journalism and utilising, where appropriate, the skills of video journalism and ‘mojo’ – video stories told by the use of mobile phone.

This award is for films that are a maximum of five minutes in length and can be on any subject matter. The judges will look primarily for creativity and innovation.

To reward excellence in craft skills, awards will be presented to the person or people responsible for the following craft skills at the National Awards Ceremony (for both undergraduate and postgraduate):

Entries are not accepted for these craft skills but are awarded from the relevant category nominations. Only regional category winners are put forward to national judging not regional craft skills winners.