Media Release: Senior team to stand down from management roles at United Auctions 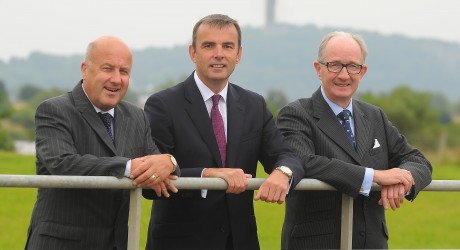 UNITED Auctions has announced today (Tuesday, 9 August 2016) that its senior executive team is to stand down from their management roles at the end of the year.

Group managing directors, Robin Tough and Neil McLean, and executive chair, David Leggat, who have led the company since completing an MBO in 2007, will each continue to have different roles at UA in a non-executive and advisory capacity from the end of December 2016.

These seven directors have been running Scotland’s leading livestock auctioneers since their promotion to the executive team in December 2014, as part of the company’s succession planning.

UA’s executive chair, David Leggat, said: “The company has taken many forms over its long history and we’re proud to have played our part in successfully leading the business in its most recent era. Now it’s time for us to hand over the baton and allow the next generation to take the business into a new chapter.

“We’ve always believed in the importance of succession planning. We nurture skills, knowledge and experience at all levels of the company to ensure future sustainability for our staff, customers and the sector.

“The new management team, with whom we’ve shared management responsibility for the past two years, has the quality, strength and depth to take the business forward with the same dedication to continuity of care, service and personnel.”

He added: “In the meantime, we look forward to seeing and speaking with our many customers at the upcoming sales and events as normal.”

George Purves, who will take on the role of MD, said: “With its generations of strong leaders before us, we’re immensely proud to be charged with managing company operations.”

United Auctions (UA) are one of Scotland’s leading livestock auctioneers and procurement specialists and operate a network of different auction markets across Scotland, including Stirling, Huntly, Lairg, Dalmally, Tiree, Islay, South Uist and an area office and lairage facility at Oban. The company conducts auctions of both commercial and pedigree livestock, including the world-famous Stirling Bull Sales, and provides farm-to-farm and farm-to-abattoir procurement services. In 2013, UA was named in the London Stock Exchange’s ‘1000 Companies to Inspire Britain’.