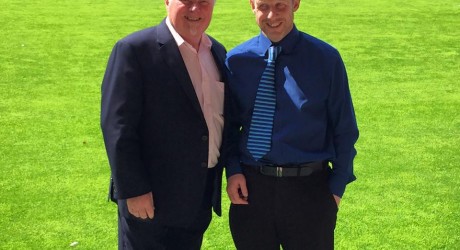 A LOCAL charity is getting set to welcome a group of former Aberdeen Football Club (AFC) stars to a special fundraising lunch being held to celebrate the 40th anniversary of the club winning the Scottish League Cup under manager, Ally MacLeod.

North East Sensory Services, (NESS), which is based in Aberdeen, with offices in Dundee and Elgin, will play host to 1976 squad members including Joe Harper, Willie Garner, ­­­­Drew Jarvie, Dom Sullivan, John McMaster and Stuart Kennedy at the event taking place at the Chester Hotel, Aberdeen on Friday 28th October 2016.

The 1976 Scottish League Cup was played on 6th November 1976 at Hampden Park, and was one of the most celebrated cup wins in Aberdeen FC’s history.

Aberdeen had just escaped relegation from the Scottish Premier Division a few months previously, and saw the return of ‘King Joey’ Harper to the squad.

BBC sports presenter, and AFC fan, Richard Gordon, who was born and bred in Aberdeen, will compere the afternoon, and squad members will discuss the cup-winning run and take part in a question-and-answer session.

Guests will have the opportunity to get autographs and photographs with the team members, and there will be a special sports-themed auction with exclusive memorabilia available.

Graham Findlay, CEO for NESS, said: “We are delighted that so many of the 1976 cup-winning squad are taking time out to attend our fundraising event.

“Our celebration of the 1990 Scottish Cup win last year was a phenomenal success and brought back some great memories, as well as raising much-needed funds for NESS.”

To book your place at this unique event, contact Neil Skene on 01224 793954 or email neil.skene@nesensoryservices.org.

The charity is shortlisted as a finalist in both award ceremonies in 2016.