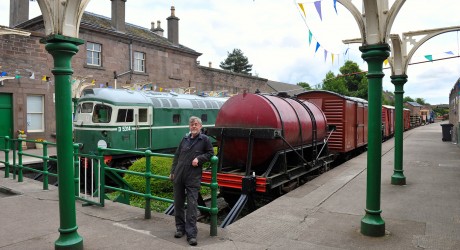 THE key themes for the Scottish Rural Parliament 2016, to be held in Angus from 6th-8th October, have been announced today.

The themes, which reflect the issues tackled in their Manifesto for Rural Scotland, published last week, include broadband and mobile phone signal, health and social care, young people, transport and democracy.

The themes will be explored in detail at the Scottish Rural Parliament which is to be held at Brechin Community Campus.

It is anticipated that over 400 people will gather in Brechin for the three-day event which will develop and agree an action plan for rural Scotland as well as celebrating the strengths and achievements of rural communities.

The event is open to the public and free for most people to attend.

Chair of Scottish Rural Action, Amanda Burgauer, said: “The key themes for the event reflect the issues of greatest importance to rural communities, identified following extensive engagement with communities all across rural Scotland.

“At the Rural Parliament, we will be exploring these in more detail but also examining other issues, such as the possible impact of leaving the EU on our rural communities.”

Photo – The Caledonian railway in Brechin, one of the visits during the event.

Scottish Rural Action is a company formed with the dual purpose of developing and organising Scotland’s Rural Parliament and supporting the development of a rural movement. It is an apolitical organisation managed by eight volunteer directors from across rural Scotland.

The objects of Scottish Rural Action are:

Brechin lies Angus, on the east coast of Scotland. The population is approximately 7,000. The new community campus opened in February 2016 and includes a swimming pool, gym, café, theatre and other facilities for local community use integrated with the school facilities.

MEDIA RELEASE issued by Scottish Rural Action. You too can share your stories (aka press or media releases), on allmediascotland.com. Email here for more information.