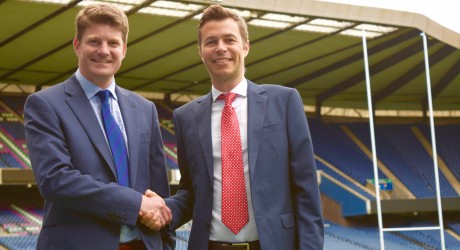 SCOTTISH Rugby today, September 21st, announced it has extended its existing agreement with Pitch International LLP for a further four years in relation to the global broadcast rights of its Autumn Test matches.

The extension grants Pitch the exclusive broadcast rights to distribute the Tests, up to and including the 2021 series, around the world.

Henri Kamerling, head of Sales at Pitch International, said: “It is fantastic that we will continue to work with Scottish Rugby and endeavour to distribute Scotland’s Autumn Test to as many overseas territories as possible.

“The quality of opposition that Scotland will face in the coming seasons is very impressive and we firmly believe we can contribute significantly towards growing the awareness of Scottish Rugby across the globe.”

Dominic McKay, Scottish Rugby’s chief operating officer, said: “Scottish Rugby is delighted to have extended its partnership with Pitch International. We have worked closely with Henri and his team in the past few years and have built a very strong and fruitful relationship.

“We are very pleased with the results of our collaboration which means that even more Scots around the world will be able to watch our Autumn Tests against top international sides from the Southern Hemisphere, Asia and Europe.”

Pitch also has the rights to distribute the Autumn Tests for the other three home nations, namely England, Wales and Ireland.

MEDIA RELEASE issued by Scottish Rugby. You too can share your stories (aka press or media releases), on allmediascotland.com. Email here for more information.