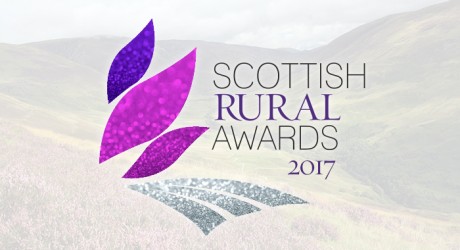 THE deadline for nominations for the 2017 Scottish Rural Awards is approaching, with businesses across Scotland encouraged to put themselves forward before Friday 14th October.

Founded by Scottish Field and the Scottish Countryside Alliance, the Scottish Rural Awards are the only awards to wholly champion the Scottish countryside, celebrating the enterprise and innovation of those who live and work in rural Scotland.

Now in their third year, the Scottish Rural Awards are backed by a number of category sponsors for 2017, including the Bank of Scotland, Aldi and the Royal Highland and Agricultural Society of Scotland.

A set of 11 categories are open for nominations, including the Rural Hero award, which recognises those whose contributions to their rural community have gone above and beyond the call of duty.

Shirley Spear OBE, chair of the Scottish Food Commission and founder of The Three Chimneys restaurant at Colbost on Skye, has joined the judging panel for 2017 after winning the coveted Lifetime Achievement Award at the 2016 Scottish Rural Awards.

Shirley said: “I was thrilled to receive the Lifetime Achievement Award in March this year and deeply value recognition from my peers in the world of rural business.

“I have championed the cause of support for rural enterprise for the past three decades. We have very specific challenges in rural areas and in order to succeed in business, we often have to surmount these in very positive and proactive ways.

“This is why I am keen to support the 2017 Scottish Rural Awards and help as a judge, knowing how important it is to recognise the contribution they make towards the Scottish economy and our whole way of life.”

Last year’s Scottish Rural Awards drew over 200 nominees from across the country, including the National Trust For Scotland, Crieff Hydro, The Three Chimneys, NB Gin and Marine Harvest.

Richard Bath, editor of Scottish Field, said: “More than ever before, Scotland’s rural communities are displaying a quite remarkable amount of energy, innovation and imagination as they diversify existing businesses and create new and exciting opportunities from scratch.

|As a magazine, we are constantly writing about the rural entrepreneurs who are bringing wealth and jobs to the countryside, so it’s exciting for us to be able to honour the men and women who are doing so much to make the economy of rural Scotland a true success story.”

“Despite the multiple challenges they face, they are hugely valuable brand ambassadors for Scotland, and many provide vital support to their local communities.

“These awards give Scotland a chance to recognise the resilience, innovation and contribution that rurally-based people and businesses make to its success.”

Businesses have until Friday 14th October to put their nomination forward, with nomination forms and criteria available to download from the Scottish Rural Awards website – http://www.scottishruralawards.org.

Finalists will be announced at the end of November, with winners revealed at the Scottish Rural Awards gala dinner, which is set to take place on Thursday 16th March 2017 at Dynamic Earth in Edinburgh.

For more information and photographs please contact Mikaela MacKinnon on 0131 551 7919 or email mmackinnon@scottishfield.co.uk

MEDIA RELEASE issued by Scottish Rural Awards. You too can share your stories (aka press or media releases), on allmediascotland.com. Email here for more information.